Yet another health update. To those who don’t want to be dragged down this is an upbeat one. Firstly I’ve had a really good week. I’ve been inspired to take out the camera again and I’ve had one full nights sleep, both of which are nothing short of a miracle.

Fair enough I’m back to the insomnia again but the one night was great! I’ve had a couple of different health treatments, both of which I think have helped and I will tell you about them soon. 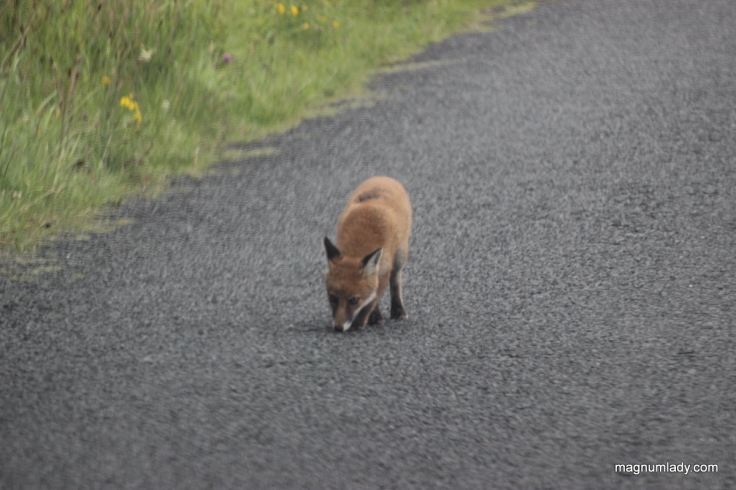 A few times this week I’ve actually found myself smiling and meaning it. Another rare occurrence. This morning I was thrilled to see this fox and he stayed around long enough for me to get a pic of him.

I also feel like I have more energy and have actually felt like doing different things. I’ve knocked the sleeping tablets on the head, they weren’t really helping me sleep in the end. I just seemed to have sleep paralysis which is just awful and I’d wake up even more exhausted.

There are a few things coming up this weekend including our choir singing at a local market….I’m quite nervous about that especially as I heard myself back and I sound like a dying cat!

Anyway that’s where I am at the moment and it’s a good place to be.

2 thoughts on “Hanging on in there”