There was a great reaction to my squirrel photo yesterday and a lot of people have been asking where to see them in Sligo so I thought I’d do a quick post. 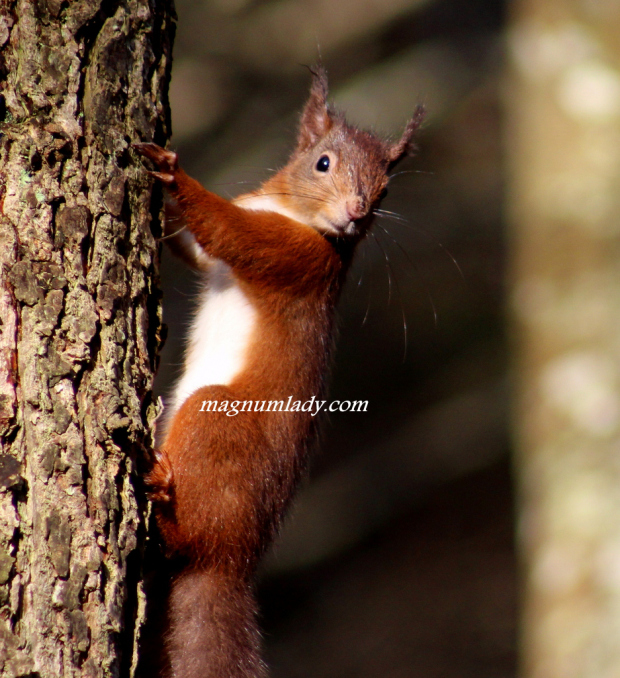 So far I’ve found January the best time of year to spot them. They don’t hibernate so can been seen foraging for food. The one at the top of this page was taken at The Holy Well. I wasn’t expecting to see a squirrel but as soon as I stopped the car I saw him. Luckily he wasn’t bothered by the car  so I had time to put my long lens on and quietly got out of the car to take a pic. As soon as he saw me he was off though.

The photo of the squirrel on the tree was taken at Dooney Rock. This was from a couple of years ago, I went down once and saw a squirrel but it moved too quickly so I went back the next day prepared with the long lens already on the camera and there he was.

Good luck with squirrel spotting. Let me know how you get on.

2 thoughts on “Squirrel Spotting in Sligo”

I'm new to tiktok. I have no idea what I'm doing
Wood sculpture at Knocknashee
I got carried away with this one.