Back in January of this year I wrote a bucket list. Not for any particular reason – just a few things I wanted to try. I thought I’d write an update of how things went (or didn’t!)

I’d love a style makeover. Someone to tell me what colour and styles would suit my colouring and my body shape…..and preferably not dress me in something that resembles 1970 curtains. This didn’t happen – I still wander the streets of Sligo like I’ve been dragged through a hedge backwards.

Go along with Wild Atlantic Way using various forms of transport. This was going to be my #WildAtlanticWayfarer project last year but it sort of changed. I still think it’s a great idea though and I’d love to film as I went. The madder the transport the better. I’m thinking Honda 50, donkey and cart, ice cream van….you get the drift. Like the Irish, female version of Jeremy Clarkson without the alleged anger issues. Nope, this didn’t happen either but this is a big task.

I’d like to have a singing lesson. Just to find out if I’m really as shite as I think I am. Thanks to Sinead Conway this happened in February 2016, and guess what? I’m still singing!! I’ve joined a choir locally and I love it!

Fly over Mayo. I’ve flown a couple of times over Sligo and while I’m not the biggest fan of flying, the photo opportunities are fantastic. The Mayo coastline would be spectacular from the air. Another one that didn’t happen.

Have piano lessons. Something I’ve wanted to learn since I was a child. I tried the violin and viola when I was at school – I was awful. I was offered a lesson by the lovely Kieran Quinn but I sort of chickened out and decided I’m not worthy. This is still firmly on the list. I’d love to play a keyboard.

Drive a tractor. Just because. I’d say the high insurance costs put the brakes on this one.

Have a walk on part in Fair City. I’d love to do this! Just think of the blog post! I haven’t set foot in The Hungry Pig – yet.

Take part in a musical. Only in recent years I have discovered I’m a big fan of musicals. I’m in my third year of drama classes which I love, so I’d like to try my hand at being in a musical. Didn’t happen but I did have a one-to-one drama class and there could well be something in the pipeline with that. Watch this space.

Afternoon Tea in Ashford Castle. I’ve never been to Cong in Co. Mayo where Ashford is based and it looks beautiful. Lucy and Laurence gave me a voucher for my birthday 🙂 on the couple of occasions I’ve tried to book the castle has been fully booked, but I’m really looking forward to it 🙂

Visit Fota Wildlife Park in Cork. Another one that’s been on my ‘to do’ list for years. I was invited along to Dublin Zoo once for breakfast at the zoo, it’s one of the most memorable things I’ve done. I love animals and to be able to get up close to them would be wonderful. I still haven’t been to Cork.

Kiss the Blarney stone…I don’t think I talk enough yet😉 Didn’t make this one either.

Visit the Aran Islands. A little bit of the ‘old Ireland’. Thanks to Doolin Ferry this happened in May 2016

Try my hand at co-hosting a radio show. Ocean FM are you listening😉 The airwaves didn’t take me up on my challenge. 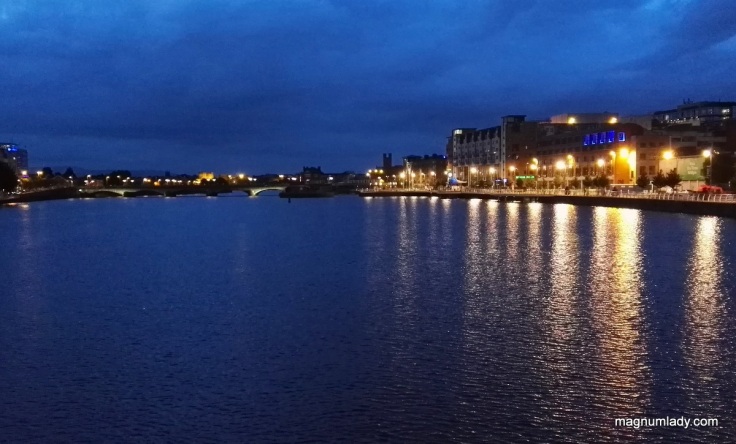 See more of Ireland. There is so much of the country I haven’t seen yet. I love exploring new places and seeing things through the camera. It would be a great adventure. We got to Limerick this year – I loved it!

Travel to a few parts of the world.  I would like to visit India, it looks like such a vibrant, diverse country. Auschwitz, it would be incredibly moving. America, I don’t mind what part, I’d just like to go there. Visit Mexico, there is an amazing underwater museum there. Well who would have thought we would have got to America!! We did! Jono’s journey became a reality when he took part in the Pokemon World Championships in San Francisco.

Try and learn Riverdance – embrace my inner Michael Flatley😉 I didn’t do Irish dancing but I did have a go at Salsa – The Model, Sligo hosts lessons. It was great fun.

Stay overnight at Harvey’s Point Hotel. The number 1 hotel in Ireland on Tripadvisor. I went there for Sunday lunch last year, which was fantastic, so I’d say a stay there would be just as wonderful. It didn’t happen.

Explore more of Northern Ireland. I want to visit Belfast, the dark hedges, The Giants Causeway and more. I also was to take the train from Derry to Coleraine: Michael Palin described the train journey between Londonderry/Derry and Coleraine as “one of the most beautiful rail journeys in the world” We got to Belfast in May – I loved it – except the place we were staying in which was cheap but not cheerful. The rest are still on the list.

Explore the disused underground tunnels in London. I’d say it would be a great experience. Yes! This did happen! I got to the disused Down Street Underground Station.

Spend New Year’s Eve in London and watch the fireworks from a hotel balcony. I say this every New Year’s Eve, but short of winning the lotto, it isn’t going to happen. I don’t think this one will ever happen but life is strange and you never know.

So that’s the updated Bucket List. I’m going to try to tick some of them off in 2017. Have any of you got anything you’d really like to do?