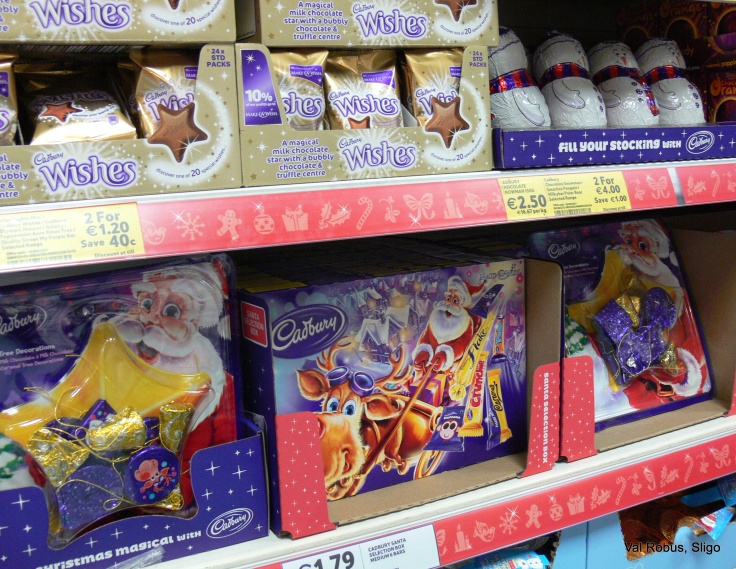 Tesco in Sligo already have Christmas stock on display….and there isn’t a sign of Halloween yet 😦 Is it just me that thinks September is way too early to be selling selection boxes?

Then to add insult to injury on the next shelf are Easter bunnies…..Tesco have gone mad!

Today was a big day for Sligo as Lidl re-opened with its new bakery up and running. There were loads of goodies to try and some great bargains in half price fruit and veg too. The place was packed.

I even saw a walking croissant and it was a nice change to have music playing in the store as it’s usually so quiet in there.

Onto other news Rick O’Shea was on twitter today talking about Britney Spears looking for a backing dancer for her tour date in Dublin….I tweeted him saying that would be right up my street, I could show old Britney a thing or two…actually I’d probably land on her and knock her off the stage! Anyway I got mentioned on his show and I’ve had a few people saying they heard it…..mortified!

2 thoughts on “Christmas and croissants”