This is a well overdue blog about my trip to Birmingham. I’ve already blogged about the reason I went, which you can read about here. I have to admit I’m not a great traveller so I was apprehensive about the small plane that Aer Lingus use to fly from Knock to Birmingham.

So I really didn’t feel much better when I saw the view from my seat and the fact that ‘Flying without Wings’ was playing when we boarded the plane! I really shouldn’t have worried though, the flight was fine albeit a bit noisy. It’s a whole other world arriving in Birmingham and you realise how quiet Ireland really is….well Sligo anyway.

When we got off the plane there was a shuttle bus to bring us the two minutes to the airport. Then I got this cool little AirRail to the railway station and a train into Birmingham New Street. I had a few hours to kill before I made my way to Bilston so I had asked the good people on Tripadvisor for suggestions of what to see and do. 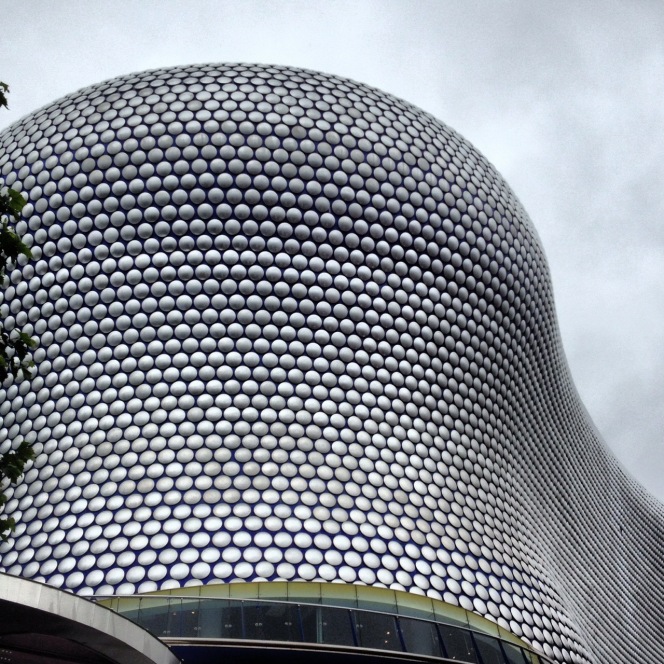 My first stop was the Bullring shopping centre. Above is the Selfridge’s store…it does look very odd but I think it’s kind of cool. I had to get Krispy Kreme doughnuts for the kids….you’ll hear a bit more about them later!

I had a walk around Victoria Square, it’s a lovely place. I really thought Birmingham was a brilliant city, the people were friendly and all the places of interested were well signposted so it was easy to find my way round.

I headed to the National Sealife Centre which is within walking distance of Victoria Square. It is expensive if you just walk in (£18 per adult) but if you book online you save money. I found a voucher for 50% off from this site. I enjoyed the centre especially the otters which I got to see being fed. It was a nice way to spend an hour or so. 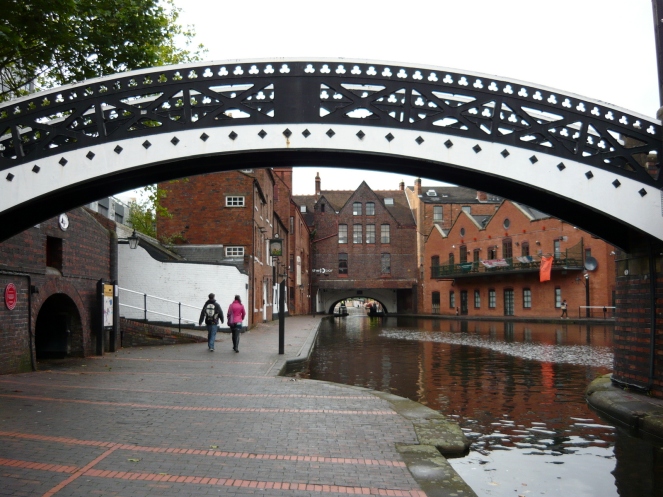 After the Sealife Centre I walked along the Gas Street Basin to get to The Mailbox which is the home of the BBC in Birmingham. They do have a tour but it only runs in the evening so was no good for me. I went to their ‘public space’ though which is free to get into. I had a turn at reading the weather which is more difficult than in looks on TV and I felt like a right eejit when my video was playing back and some other people were watching it!

I also got to see an exhibition about The Archers and saw the dalek and tardis from Doctor Who.

It was great having a look around although I would have liked to spend longer in Birmingham. It really is a great place. The rest of my photos are here. All too soon it was time to come home. The flight was quite early the following morning so I was at the airport at 7am….just as well and my bloody bag set off the scanner and the security guy emptied the whole lot out of it…I was mortified! It turned out the tin that the Krispy Kreme’s were in must have set some kind of alarm off. I wouldn’t mind but I don’t even like doughnuts!