Jono is off on summer holidays from his course so today we decided to go to Roscommon. We were hoping to get to Strokestown House as we’ve never been there and from what I’d seen on the internet it looked like a nice place to visit.

On our way Jono spotted this telephone box. It’s one of the old Irish phone boxes and they are fairly hard to find these days. We stopped on the way back and noticed there is a Holy statue in it. Catherine tells me it’s a child of Prague which apparently is meant to bring good weather, it’s obviously not working!

We finally got to Strokestown House but it would have cost 12 euro each to get in which I think is mad money. I notice they don’t mention the admission charges on the website. It’s a shame because I would have liked to do a blog about the place but I wasn’t going to pay 24 euro for us. I also think it’s bad that there is no option just to go around the gardens or the house, the ticket is inclusive of the house, garden and famine museum. I also think it’s bad that only 1 euro discount is given to people with concessions. 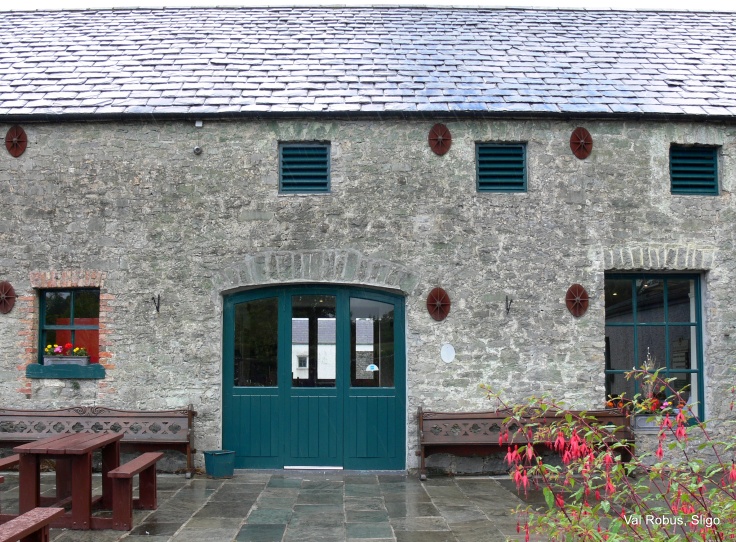 Anyway we got back in the car and left. I hope if someone from Strokestown reads this blog they will review their prices.

As we were driving back we saw this statue in the middle of nowhere, surrounded by fields. So we stopped and had a look. It’s a statue for the people who gave their lives in the IRA. 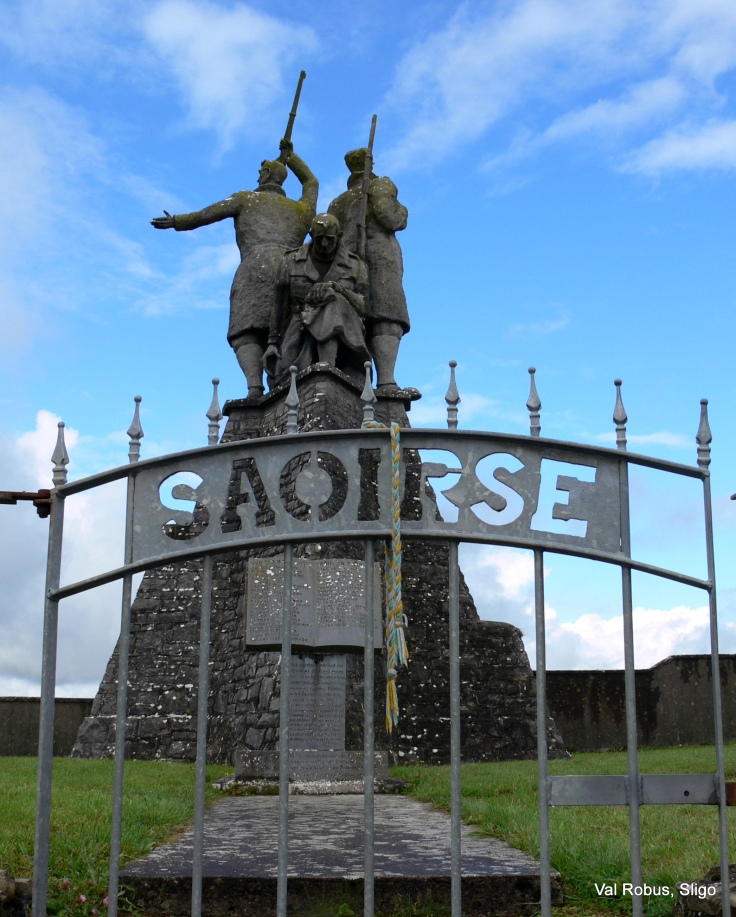 We drove into Elphin which has a nice church.

We were looking for the windmill. The sign is fairly hiden in a tree so we missed it on the way it, it’s actually down the road opposite this cathedral. We found it in the end. Again in the middle of nowhere. It’s a lovely building there, there was no one there when we went so we could look inside it but we enjoyed looking around the outside of it. 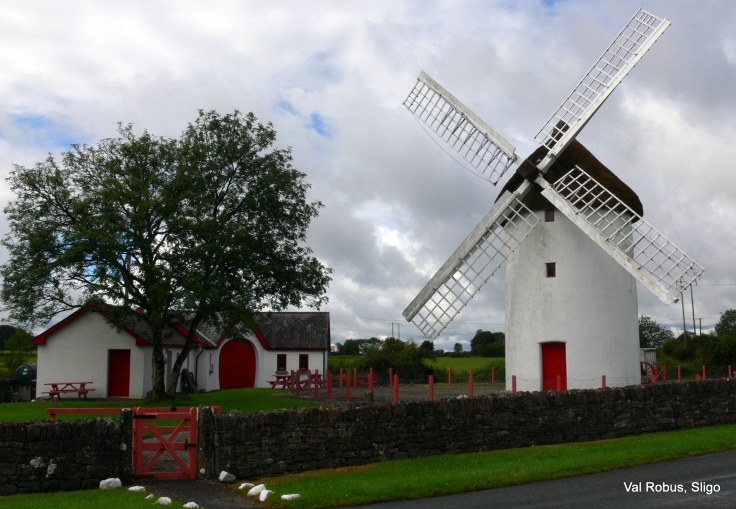 On the way back to Carrick on Shannon we saw this lovely pub.

All in all we had a lovely day out and it cost us nothing except petrol.

10 thoughts on “Roaming around Roscommon”