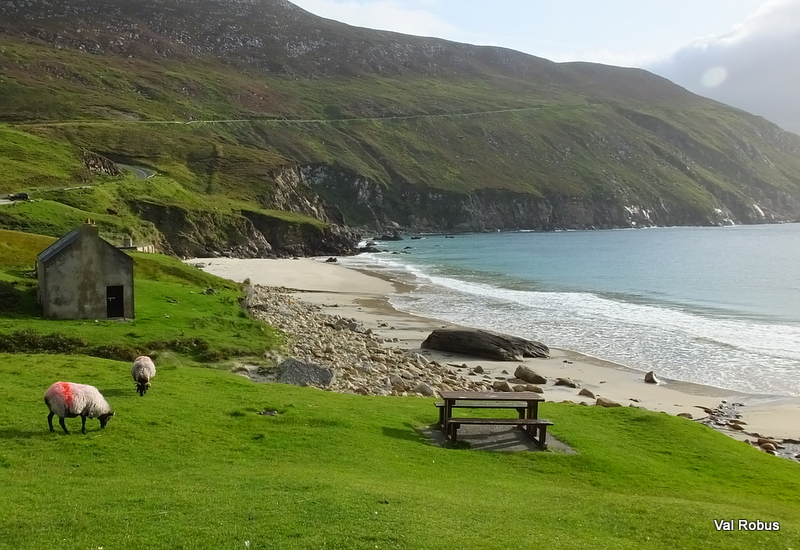 I haven’t been to Achill Island in years and the last time I went my hard drive crashed soon after and I lost my photos, my fault as I should have backed them up. I was long overdue a visit back so I headed off bright and early. The light was just as I like it – dramatic – and for once it wasn’t raining.

Achill Island is so desolate, you can believe you are the only person there if you go off season. When I first arrived I saw three geese bathing in a pothole, I also saw starlings sitting on the backs of the sheep – no photos of them because I was driving – but plenty of other photos. 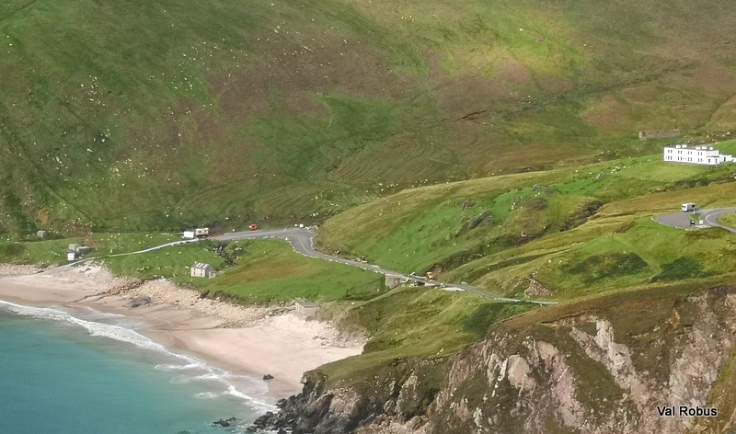 Keem has been listed as one of the best beaches in the world and I think it’s rightly deserved. It’s just something else and if you haven’t been there I’d highly recommend a trip. The drive is a bit hair-raising in places, with narrow winding roads and sheep who really couldn’t care less. The sheep won’t move for you so do be careful. Luckily I was the only car on the road, the joys of getting there early.

I left home without breakfast and just be aware the coffee shops don’t seem to open until around 11am. I went to The Beehive for breakfast which actually turned into lunch. I’m quite proud of myself because even though there were cakes looking at me I ordered a salad and it was a gorgeous salad at that. 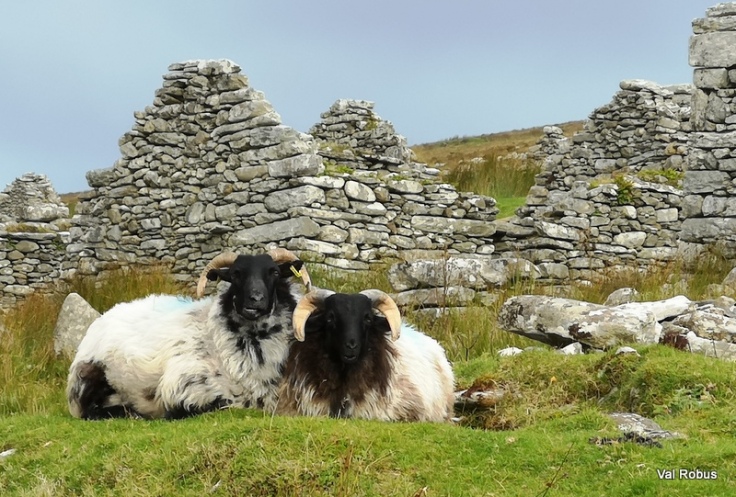 I walked around the Deserted Village – here’s an excerpt from Achill Tourism. You can read more about it here.

The Deserted Village at Slievemore consists of some 80 – 100 stone cottages located along a mile long stretch of road on the southern slopes of Slievemore mountain. While some of these dwellings were occupied as summer ‘booley’ homes within living memory, the area itself is rich in archaeological artifacts including megalithic tombs dating from the Neolithic period some 5,000 years ago. Local field systems and site remnants indicate that settlement in this area dates from at least early Medieval times. 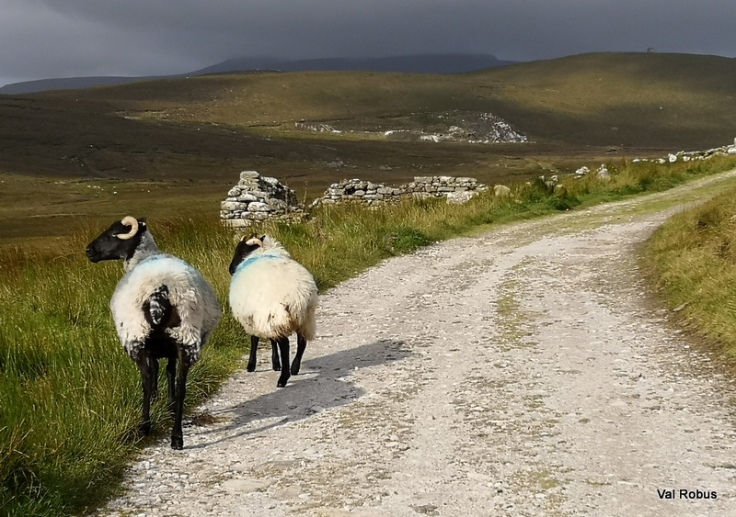 The Deserted Village wasn’t really deserted there were sheep all over the place. As I walked around the cottages I didn’t think about how boggy the ground was until my feet went sinking into it!

So I spent much of the rest of the day squelching around. 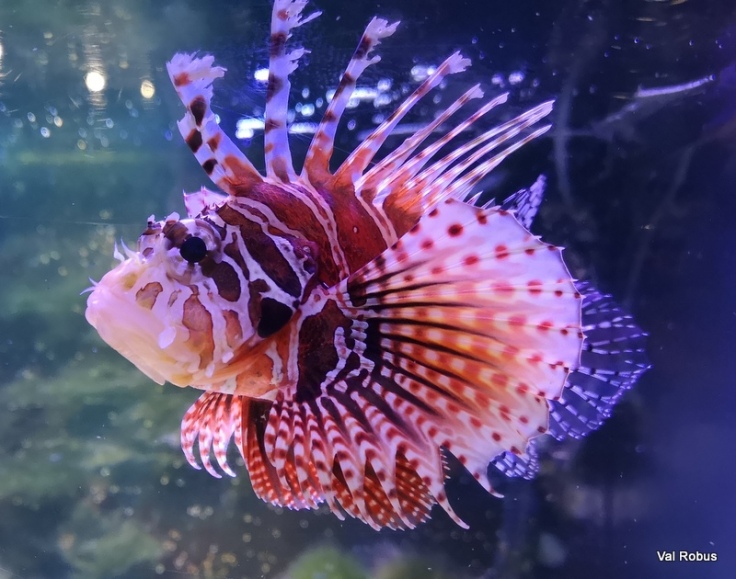 I went to the Achill Aquarium, I heard an advert for this on Mid West Radio and it sounded really good. It’s small but perfectly formed and it was just so relaxing being in there. With classical music playing and very friendly staff, I really enjoyed my visit. As I was the only one there to begin with I got a guided tour by the man working there, I wish I’d asked his name because he was great. I loved hearing all about the creatures that live there,it was fascinating, there’s also a lovely gift shop there too. 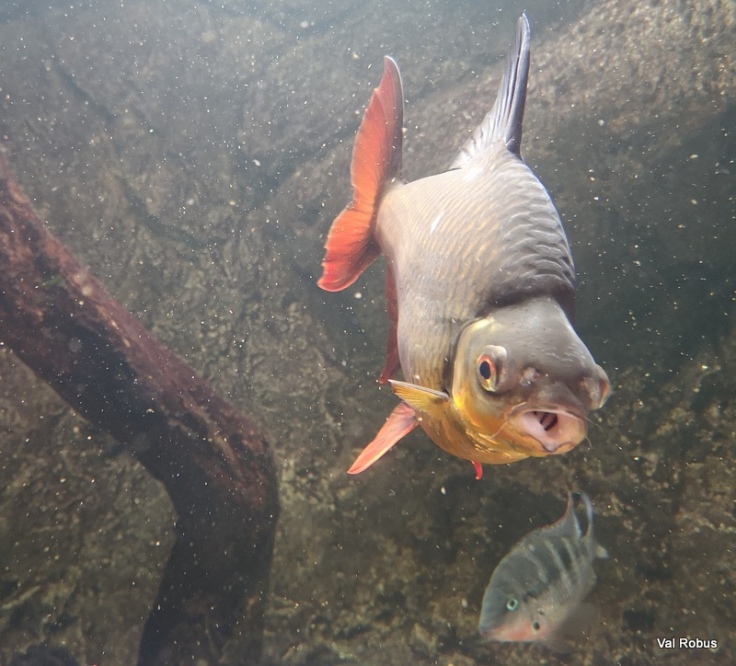 Keel Beach was another place I visited. There’s a children’s playground just near there and it was funny to see the sheep trying to get in. This beach seems to be quite a busy spot, there were surfers and people walking, there is also a lake close by that offers kayaking and other water sports.

On the way home I stopped at Mulranny Beach, again sheep were all over the place and made the drive there interesting, I loved the giant fuchsia hedges, they are just stunning. 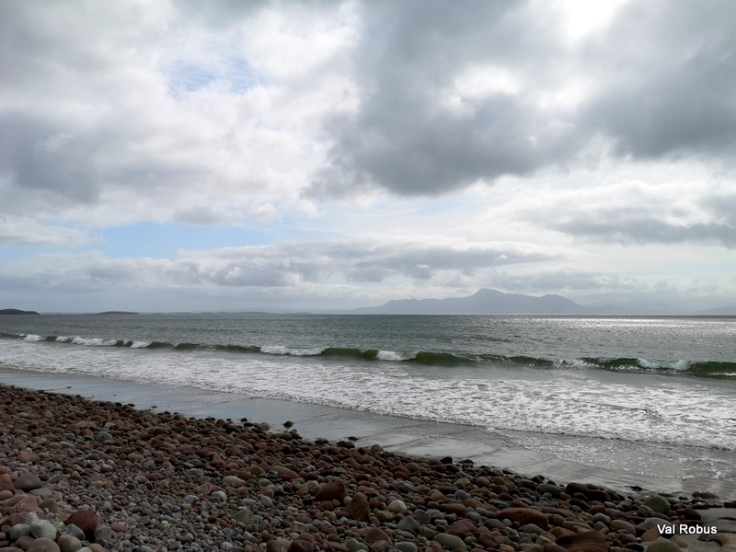 So that was my day, I have a lot more photos to go through but I’ll add them another day.