I know there are many fantastic pubs all over Ireland but I visited these two recently and I think if you are visiting Leitrim these would be well worth a visit. I’m always on the look out for unusual places and if they serve great food it’s a bonus. 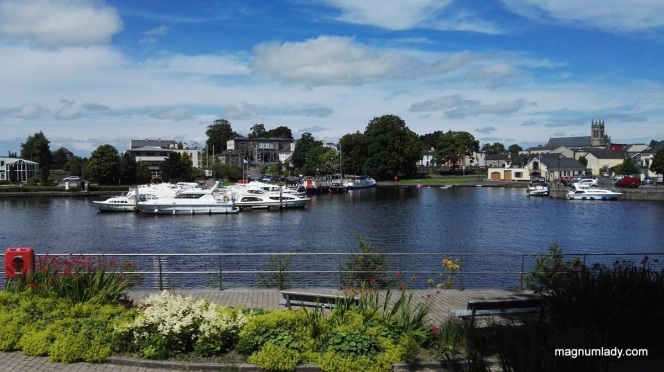 First up The Oarsman in Carrick-on-Shannon. This town is vibrant and bustling with loads going on and a great atmosphere. When you are there have a walk by the River Shannon – you can even go on a boat trip on the Moon River boat. Also check out the Costello Chapel – a tiny chapel right in the centre of the town.

You are guaranteed a warm welcome at The Oarsman as soon as you step foot inside. Each time I’ve been there a smiling host was there to greet customers and see them to a table. This pub dates back to 1781 and there’s a little bit of history wherever you look. Think dark wood, open fires and fantastic food. The Oarsman really are top of their game when it comes to food, it’s no wonder they have won many awards and have featured in the Michelin Guide. It’s a very busy spot though so do book in advance to avoid disappointment. 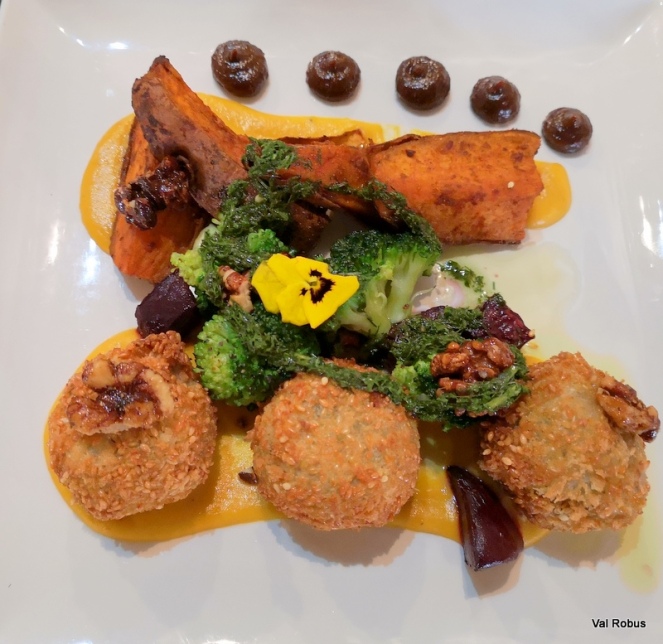 I had the vegetarian option that day which was Lentil & arborio rice croquette with sweet potato wedges, beetroot, candied walnuts and a raisin & star anise puree. It’s quite rare to find a veggie option that doesn’t include goats cheese, there was a lot of thought that had gone into this one. It really was a fusion of flavours and absolutely delicious. My work colleagues had been telling me about the chocolate mousse so even though I was completely full I had to try it. It was just melt in the mouth, so light and fluffy – no calories either I’m sure 😉 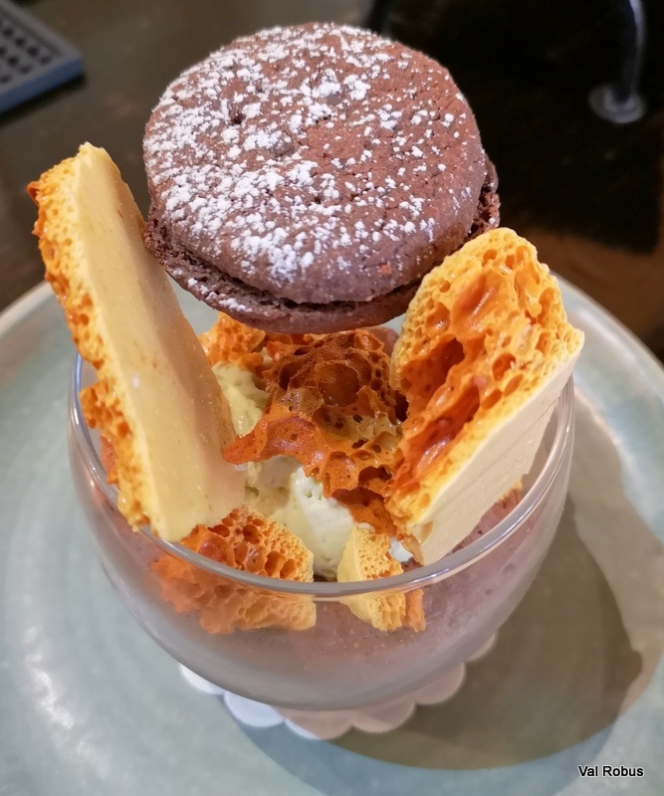 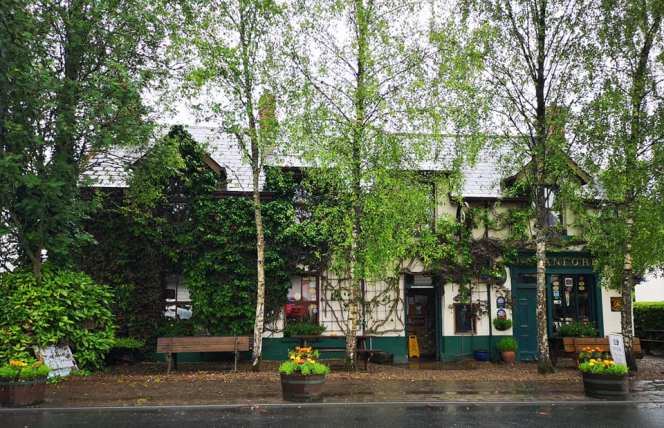 Now onto my second pub, this one is the Stanford Inn in Dromahair. As soon as you arrive at this one you know it’s going to be something special, the ivy rambles up the front of this 200 year old inn. At the back of the building is the Village Tea Rooms, adorned with flowers on the tables and fairy lights it’s a little bit of magic.  You can avail of soup, sandwiches and wraps and a variety of cakes. I had the lemon crust tart and a hot chocolate, both were just delicious. 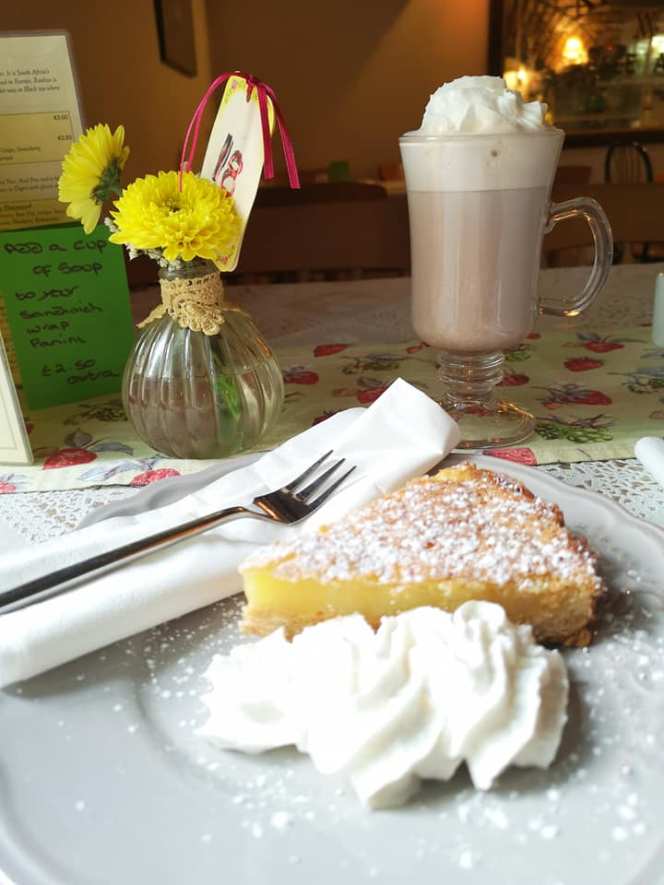 I was talking to Fergus and Sue who run the Stanford Inn and Village Tea Rooms and they were so friendly. Fergus was telling me that the snug is pretty much as it was when the inn first opened, so I had a quick look. If only walls could talk. 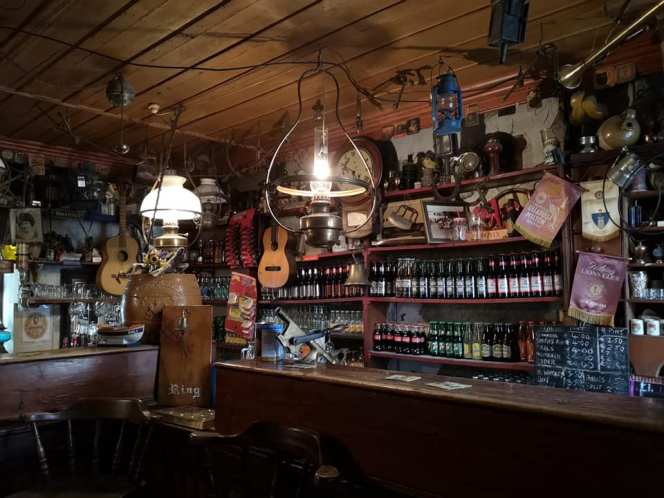 Dromahair is a lovely village. I would recommend taking the walk alongside the Abbey Hotel to Creevylea Abbey, it’s a short but pretty walk through the forest, alongside the River Bonet. Creevylea Abbey is also worth exploring, this was built in 1508 and was in use until the 17th century. If you are interested in history I found this blog post about shops in Dromahair in the 1930s, well worth a look. 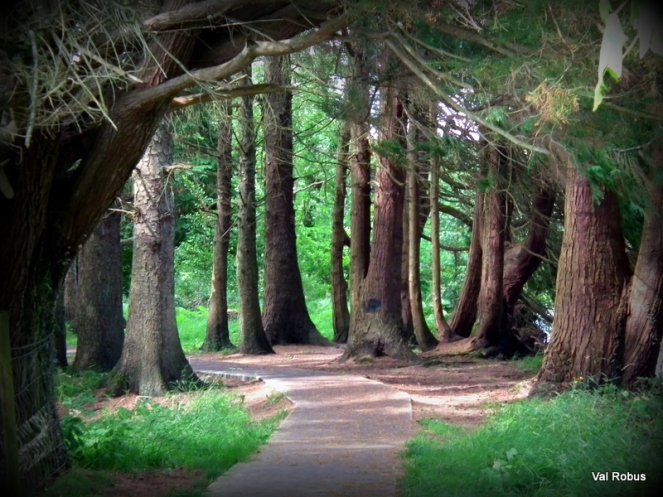 I’ll let you know if I find any other places that I think you’d like.