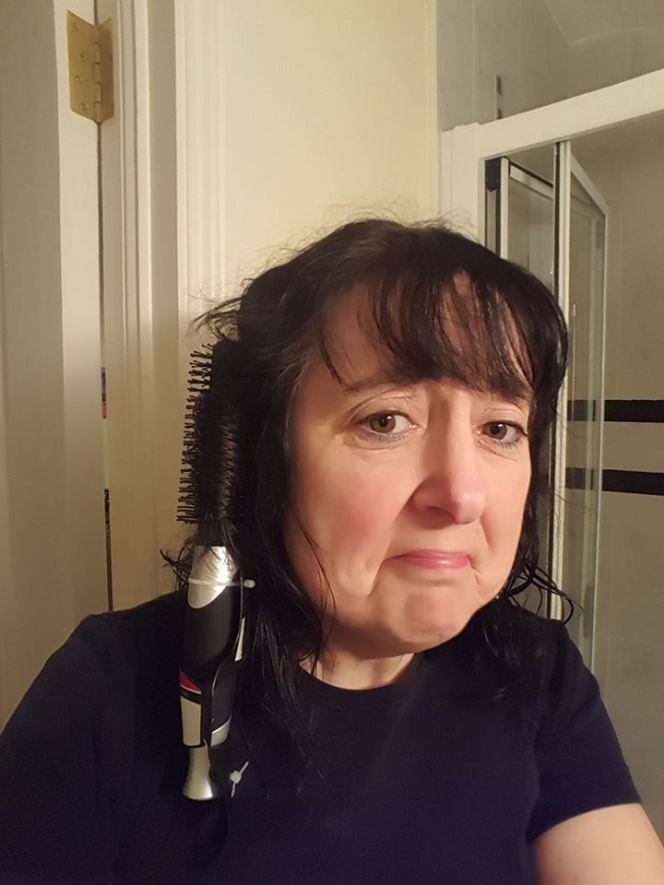 So after my fantastic day at RTE it’s back to earth with a bang. The stylists make it all look so easy so I thought I’d try to do my hair like Pam did it. I got the bloody hairbrush stuck!! I couldn’t get it out of my hair at all and I had visions of having to cut it out! Thankfully I calmed down and managed to unravel it without too much hair loss.

It’s not the first hair dilemma I’ve had. I won’t mention trying to dye my hair with Domestos and turning it green, whoops I just did.

When I was a kid I had OCD and for some reason I had to do a little dance before I went to the bathroom, I’ve no idea why – it was just a routine or ‘something bad might happen’. Anyway when we moved back from Australia our house was being rewired so we didn’t have any electricity. My mother was going through a phase of making me look Irish so every night she put rags put into my hair to make ringlets (I hated both the rags and the ringlets). Anyone one night I went to the loo, there were candles in the bathroom and as I was doing my OCD dance one of the rags caught onto the flame and set my hair on fire! Lucky my dad moved fairly quickly and put me out! I didn’t lose much of my hair and the rest of me was OK but it was bloody scary.

Hopefully there won’t be many more hair raising experiences.