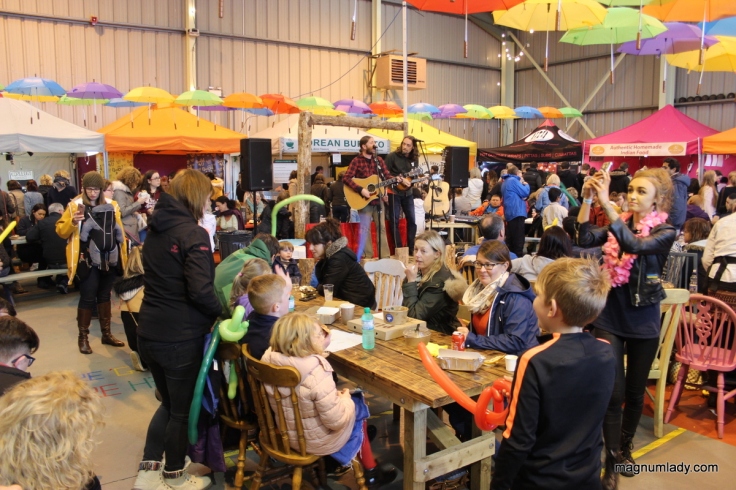 Saturday saw the first ever Strandhill Food Festival and what a festival it was! Sligo Airport is already home to the Strandhill People’s Market every Sunday but as far as I know this is the first festival to take place in an airport in Ireland. 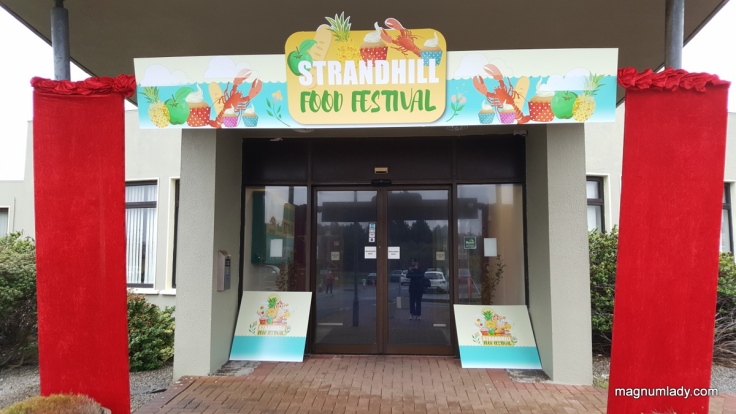 From the moment I saw how beautifully the airport was decor

ated with red curtains, colourful signs, lights and umbrellas I knew I was in for a treat. The festival was in two parts – the food stalls and music were in Hangar 1 and the food demos and family entertainment was in the airport. 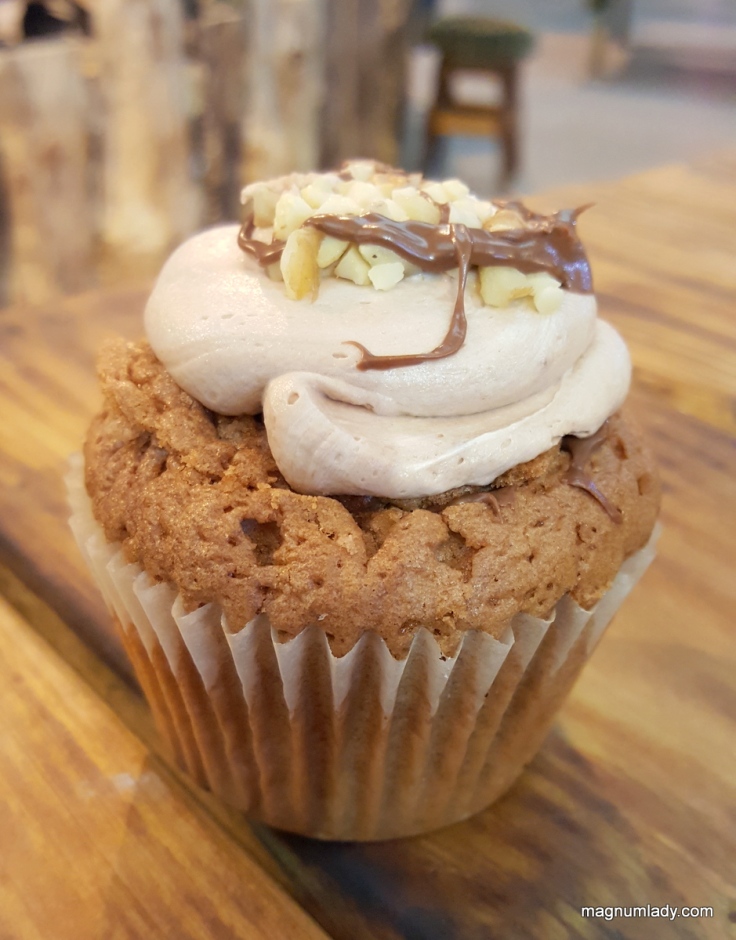 I got there early because I knew it was going to be busy and I enjoyed a gorgeous Nutella stuffed cupcake that I bought from the Black Sheep Bakery along with a cappucino from Driftwood Coffee Cart. I had a front row seat to relax and listen to the wonderful Sarah Crummy – what a talented lady she is. 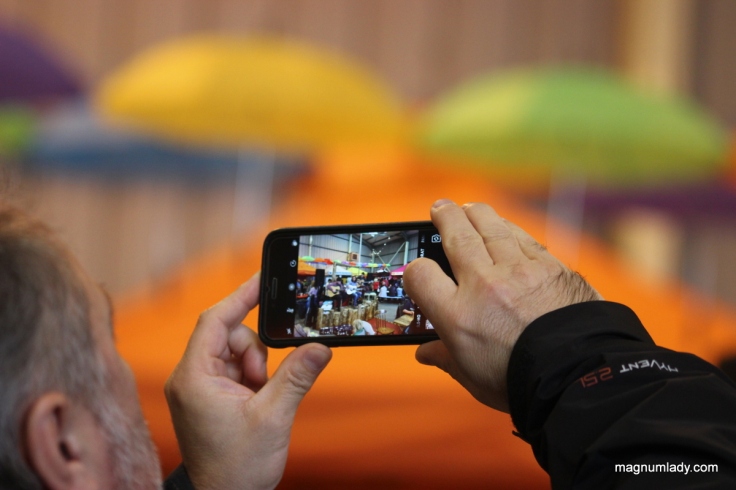 Then the crowds arrived….and they kept arriving! All day long the festival was a buzzing hive of friendly faces, marvellous music and a wonderful atmosphere. I loved how the food stalls were on the edge of the hangar so that all the tables and chairs were in the middle, it made the event have a community feel. People sitting enjoying food and chatting, the way it should be. 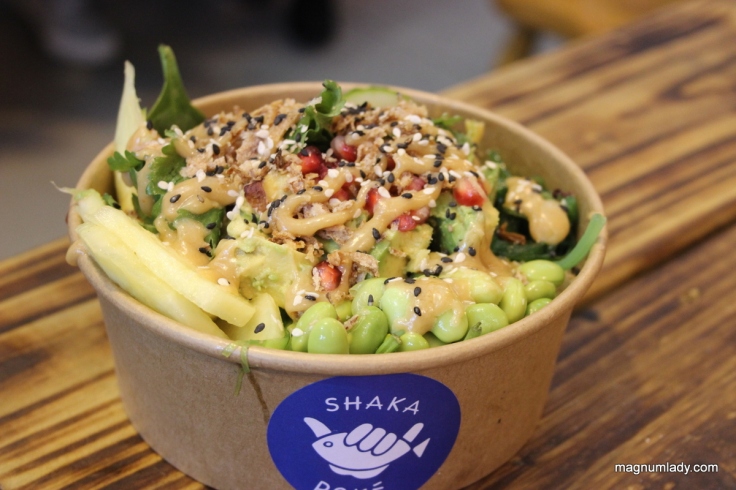 I was spoilt for choice over what to have for lunch, a couple of stalls sold out of veggie options quite early on so in the end I opted for the No Catch Shaka Poké Bowl. It was gorgeous! I’d really have loved the food stalls to do smaller portions of their food though so that people could have tried bits of everything, hopefully next time. I’d also have loved there to be more stalls selling products that you could bring home with you, but these are just minor things because the rest of it was amazing. 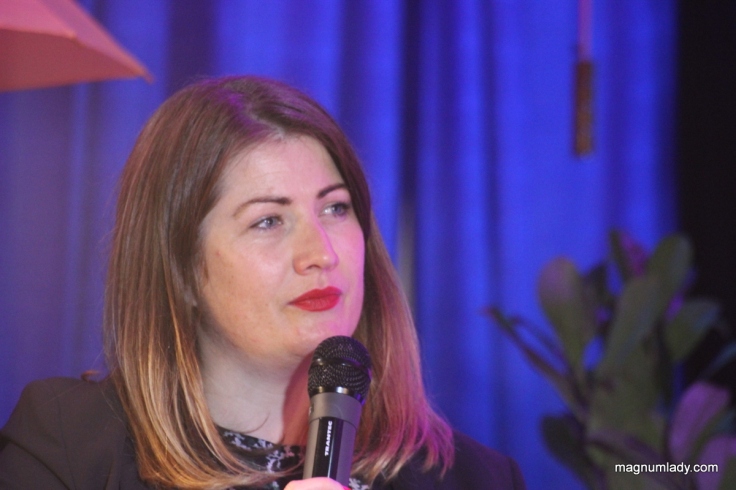 Now onto the food demos. I didn’t get to see them all but the ones I did see were so interesting. What I loved about them was that the speakers were so passionate about food and willing to share their hints and tips. I find that with some food demos the chefs, although they are good at what they do, lack a bit of personality and chit chat. No so with the Strandhill Food Festival and all the demos were hosted by food consultant Ali Dunworth who kept the banter following beautifully. 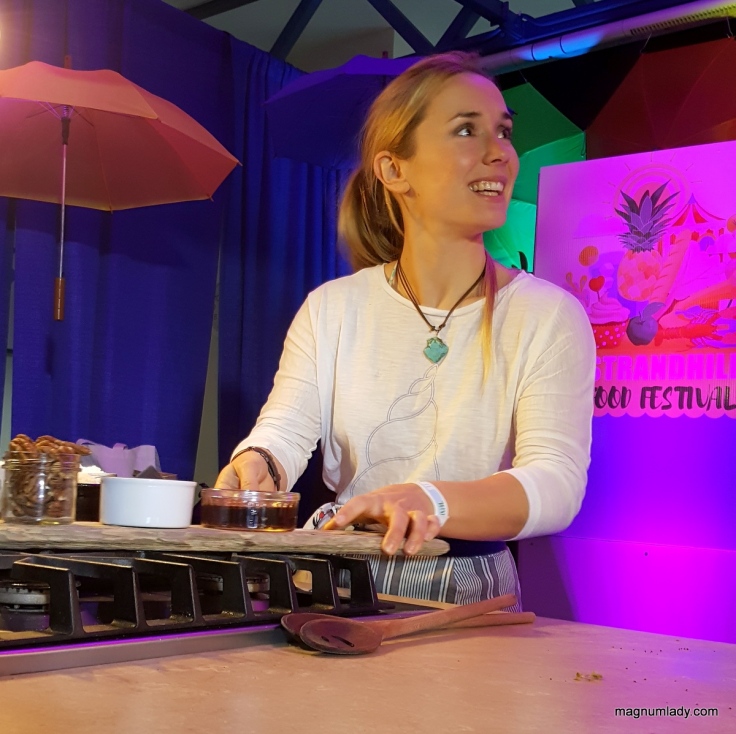 I got to see demos by Carole-Anne Rushe of Sweet Beat, there was a full house for this one and the samples ran out so I didn’t get to try anything, but the food is gorgeous because I often go into the cafe.  Finn Ni Fhaolain,  has really published a book which I must check out as the banana cake she made was delicious. I saw Nicola from The Wonky Spatula demonstrating a paleo recipe. I also caught a bit of Prannie Rhatighan who is just a fountain of knowledge when it comes to seaweed and has the most delicious recipes, the cheese straws are just something else. 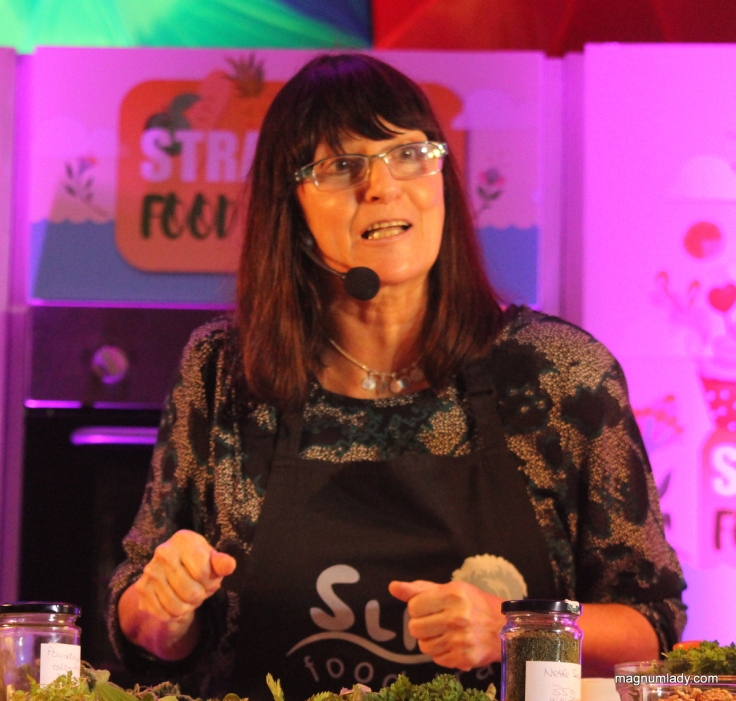 Gaby Wieland (Neantog Kitchen) was the speaker who really got me to sit up and listen. She was just fascinating when she was speaking about herbs and what I would have called weeds – I’d never have thought about eating some of them. Gaby was telling us that just one leaf of a dandlion would give you enough Vitamin C for one day! (I won’t mention what Kieran Mulrooney said about rabbits!) Gaby also told us that she thinks nettles are the Irish version of ginseng. I could have listened to Gaby all day. You can find out more about the clinics and courses at the Neantog Kitchen, which is the Irish for nettle, here. 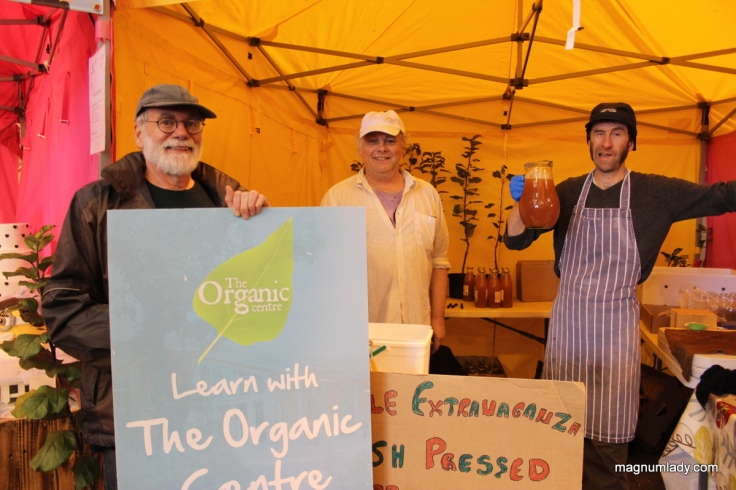 I had another walk around the food market and tried some gorgeous apple juice from The Organic Centre. This was made using just apples grown in their centre and they were pressing them at the festival, you can’t get much fresher than that. 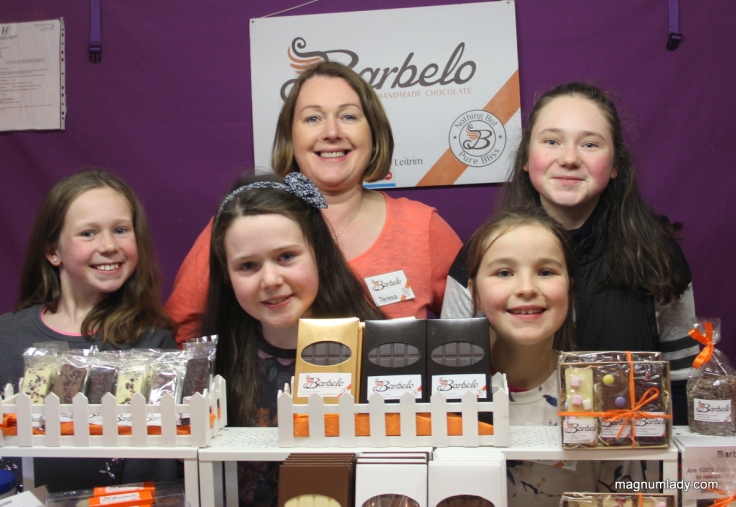 I also had a melted chocolate fruit cup from Barbelo Chocolate…..which I probably got all over my face but it was worth it. 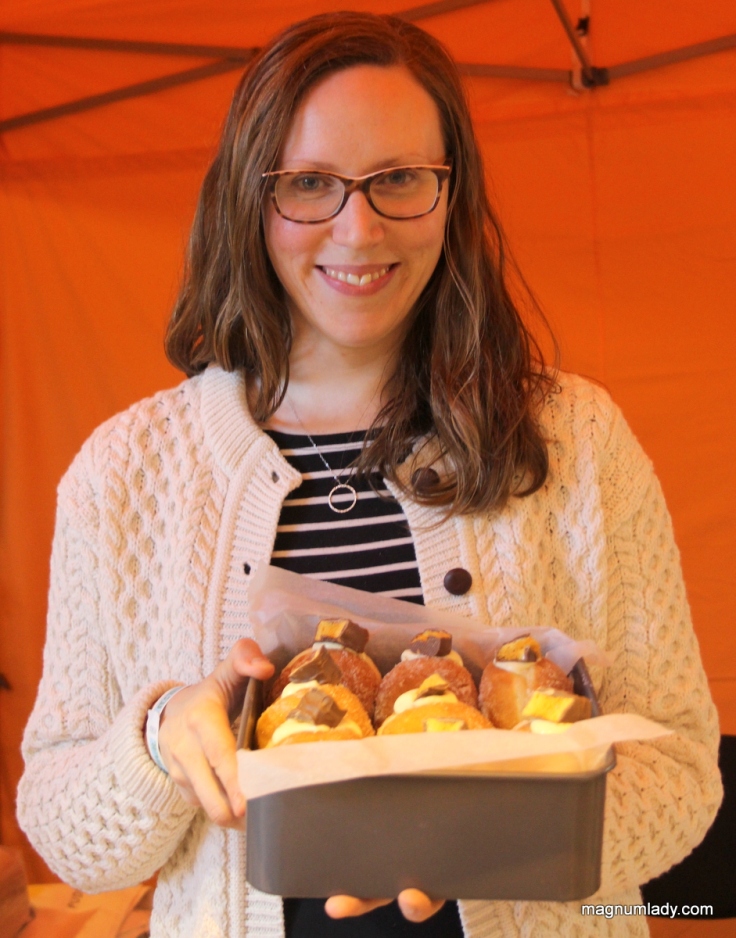 I also bought a salted caramel slice from Pudding Row, this was delicious and would be well worth the drive to Easkey, so I’m sure I’ll be visiting soon. 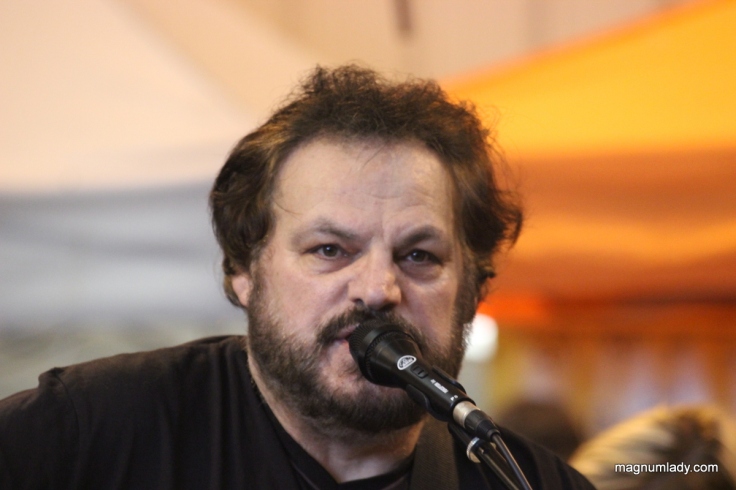 So that was my day at the Strandhill Food Festival, well done to all involved on such a lovely day and thank you to Georgie Gorman for dedicating a song to me 🙂 The rest of my photos are here.

One thought on “Strandhill Food Festival 2017”