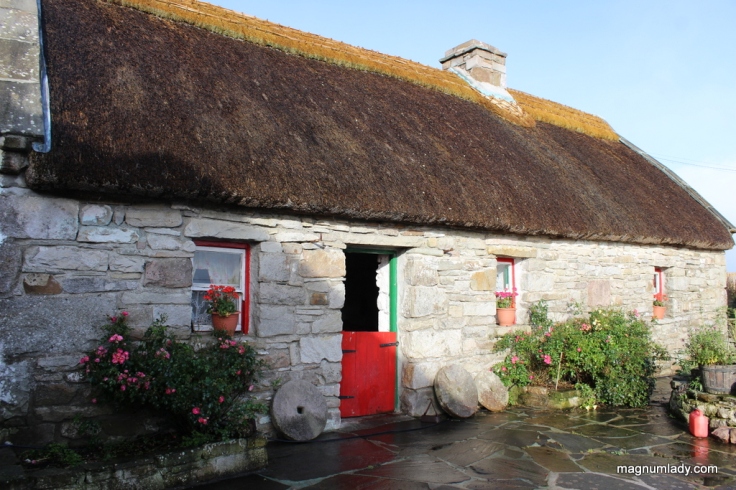 Sometimes you visit a place that is a hidden gem, and a very special place. This is how I felt when I visited Hennigan’s Heritage Centre in Swinford. I mentioned on Twitter that I was going to visit Foxford Woollen Mills (blog post to follow) and the good people from Beezneez Theatre Company suggested Hennigan’s. After a quick google I decided this was a good plan. 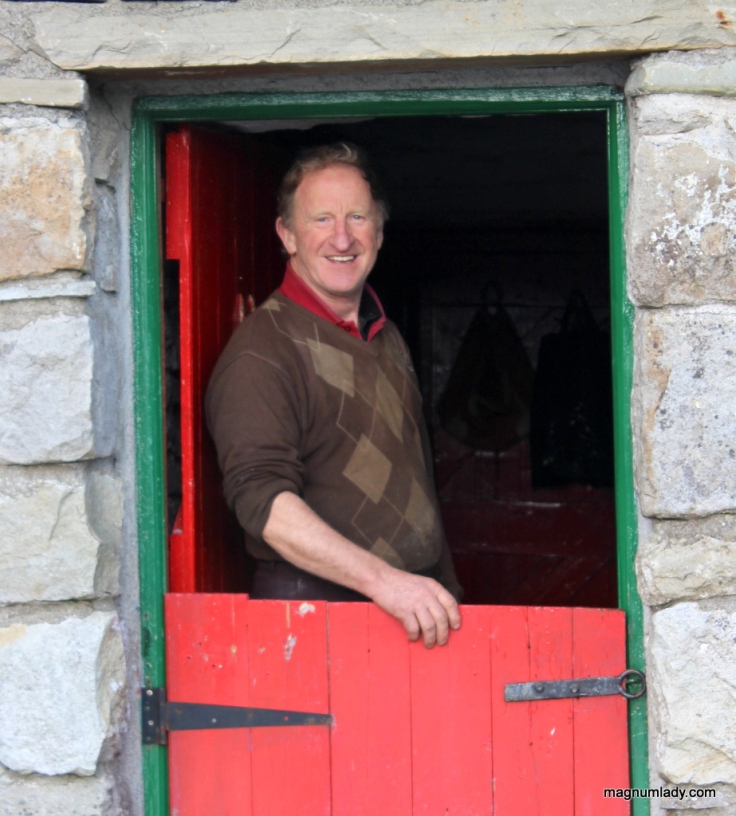 I knew I was out of season so I just expected to see the outside of the place but as I pulled up there was Tom Hennigan in his garden. He told me he was closed and I said there was no problem and I’d call back in the spring but he must have taken pity on me and I got a short tour. 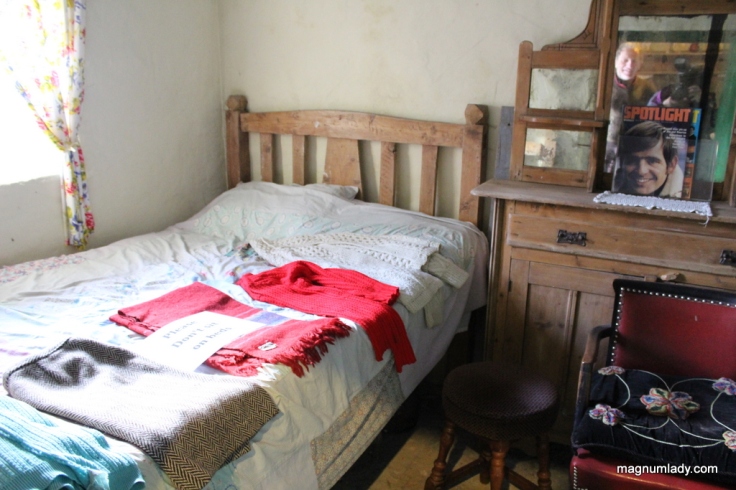 The cottage itself took me right back to when I used to go visiting with my Nan in Galway in the 1970’s. There was an old lady who lived in a cottage just like Tom’s cottage. Tom grew up in this cottage, he was one of 6 children and they all lived in the small cottage along with their parents and their Grandmother. 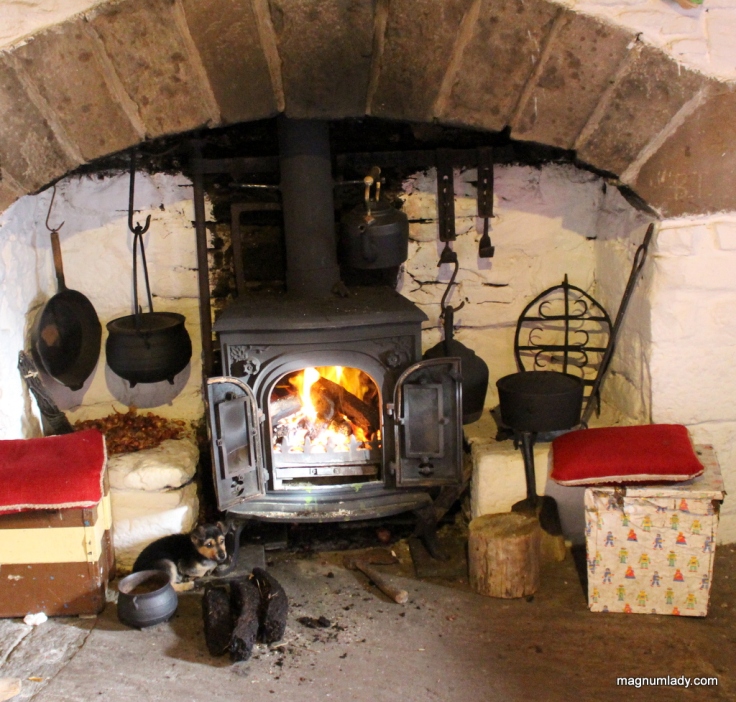 Tom spent time telling me about the cottage and the different things in it while Tipsy the puppy snuggled up in front of the turf fire. After I had a look around we crossed the yard and went into the other cottage. 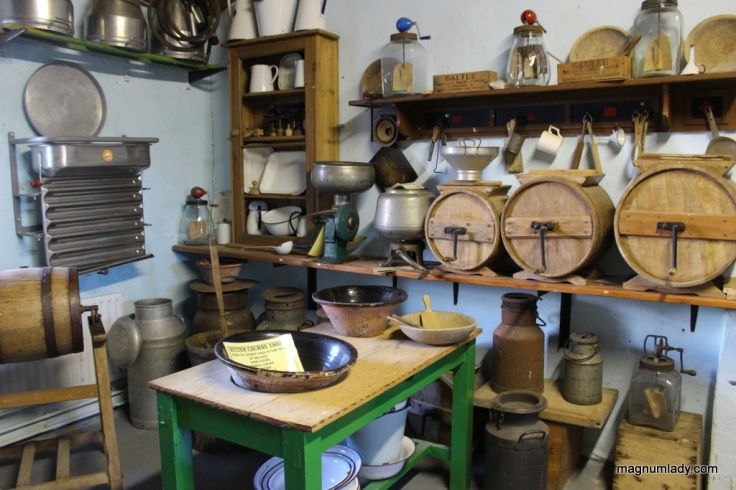 Or so I thought it was another cottage, I was wrong, it was like a Tardis! It was huge inside and houses all kinds of things relating to bygone days in Ireland. I had a flying visit but even in my short time there I really enjoyed it. Tom is a fascinating man and talks with passion and humour. 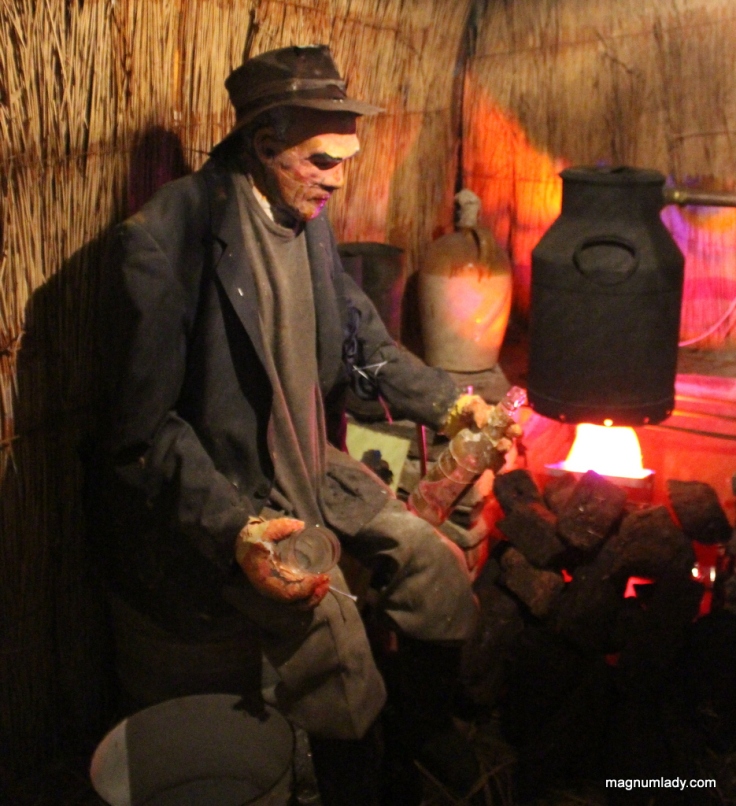 The centre opens from March until the end of September and if you are anywhere near Swinford, Co. Mayo it really is well worth a visit. I can’t wait to go back again and have a proper tour of the place.