Today I went along to Culleenamore Beach near Strandhill, Sligo to see three seals being released back into the sea.  Sligo Rescue Ireland have done a great job with Mr. Yeats, Bubbles and Emmet, which were the seals released today. Neil Walton from Voya Seaweed Baths found Mr. Yeats washed up on the beach after he got separated from his mum. The poor seal was so hungry he’d eaten sand. With the help of Voya and Seal Rescue Ireland he was well enough today to be released back to the wild today along with the other seals.

It was a beautiful day in Sligo and a great crowd came out to see the seals being released and after a bit of hesitation from a couple of the seals they soon when on their way.

If you are out on beaches, keep an eye out for seal pups in distress. Stormy weather and rough seas, human activity by means of boat traffic, as well as people and dogs on beaches can sometimes frighten away nursing mothers and inadvertently lead to pups being injured or orphaned. 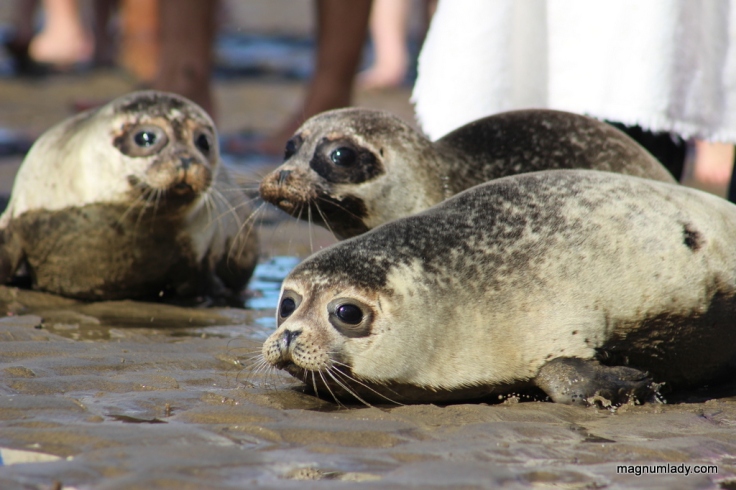 Seal Rescue Ireland were recently broken in to and had a lot of their equipment stolen or broken so if you can donate at all you can do so here. The rest of my photos from today are here.

One thought on “Seal Release in Sligo”