I love the exploring and I’ve been to Rathcroghan Visitor Centre many times but I’ve never been to Oweynagat (Cave of the Cats) before. This has been described as Ireland’s “Gate to Hell” and the entrance to the Otherworld. It’s also said to be the location where Halloween or Samhain originated from.

Samhain was the original Pagan festival of what, we also, now refer to as Halloween. On October 31st into early November the veil between the two worlds of life and death are thin and otherworldly creatures are said to appear, including the great queen Morrigan. Oweynagat is said to be the home of Morrigan, legend has it she was a shape-shifter and often appeared as a crow.

When I saw The Origins of Samhain Tour advertised I booked immediately. I’m very interested in anything like this and I have, for some reason, a love of tunnels and being underground. I got to Rathcroghan Visitor Centre early and had lunch in the cafe which is great by the way and well worth a visit.

We were welcomed for the tour by Mike, who I’d met on my previous visits to the centre. We were shown the video explaining more about the history of Rathcroghan and Queen Maeve’s demise by a lump of cheese (one of my favourite stories). The video itself is enough to give you the shivers and start you thinking about the otherworld.

We got onto the tour bus and Mike took us to the Oweynagat. I would never have found this place, it’s up a very narrow lane and if you didn’t know where the cave was you probably wouldn’t notice it. There are many, many, tales associated with the cave and I’m not going to tell you them all because I think it’s best to get the full experience at the centre. There is a connection between Oweynagat and Sligo though; It was said a woman was trying to catch her unruly calf, she had hold of him by the tail and he dragged her into the cave, she emerged a couple of days later at the Caves of Keash!

After hearing a few legends, the moment of truth arrived when we were asked if we were brave enough to enter the cave. I didn’t have to be asked twice! It’s not the easiest place to get into and you will get muddy as you have to slide down on your backside.

I did try to crawl it but it was easier to slide down. This wouldn’t be great for people who are claustrophobic but it’s only a short, cramped bit and then you are able to stand inside the cave. 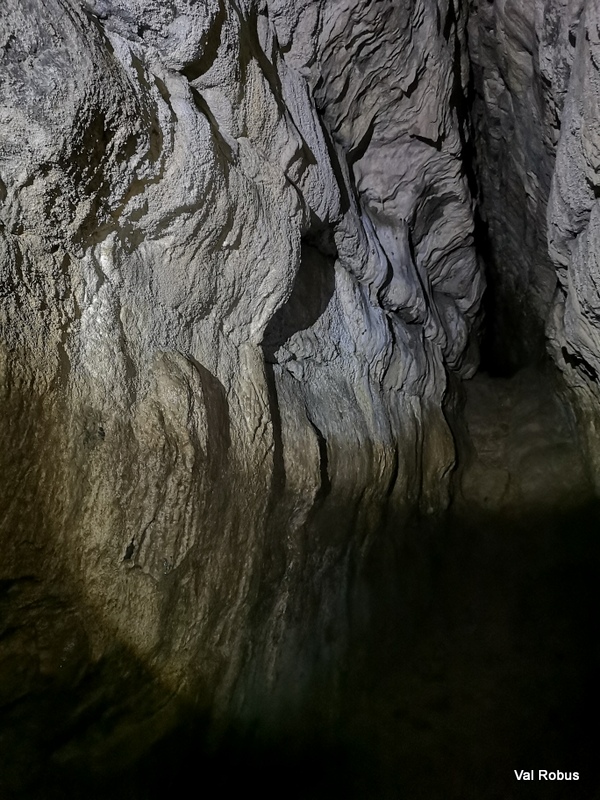 I thought it was fantastic, very atmospheric and very natural. We heard more tales and even stood in the pitch dark for 30 seconds. I didn’t find the cave at all scary, in fact I found it to be a very peaceful, calming place. I was quite sad that I couldn’t go further into it but it’s blocked off due to work that was done years ago. By the way am I the only one who can see a face in the pic above? 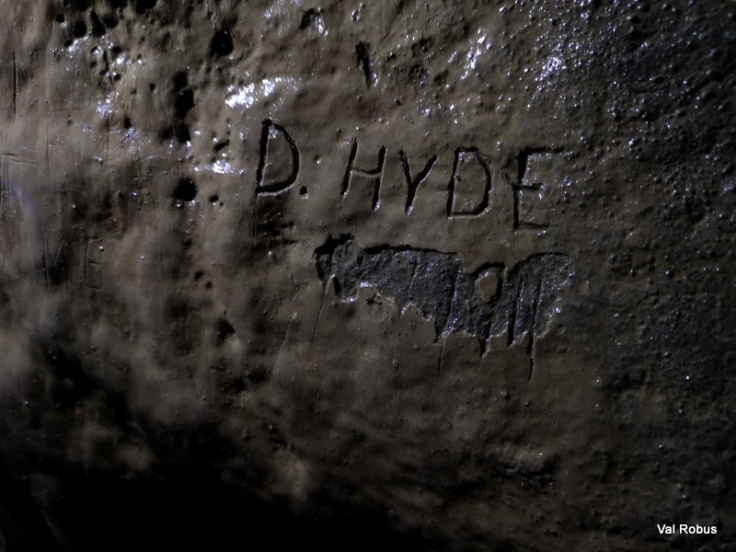 I slithered out of the souterrain, back to the real world, covered in mud but much more appreciative of some of the magic we have here in Ireland. My visit to Oweynagat is certainly one of the most memorable experiences I’ve had. It’s amazing that we have something so special so close to home. It was totally worth getting muddy for, I even ended up with mud in my ear!

Well done to all at Rathcroghan Visitor Centre for such a fantastic event. I discovered yesterday that the centre was and is a community project, they should be very proud of all their hard work. Thanks Mike for an excellent tour and hello to Elaine.

4 thoughts on “Going Underground in Rathcroghan”