I’m a bit of a history geek I’ve recently discovered so when I heard about 14 Henrietta Street in Dublin I had to pay a visit. This is a museum with a difference, it’s set in a Georgian Townhouse in Dublin’s Northside. The house dates back to the late 1700’s and is one of a number of town houses set in a cul-de-sac. 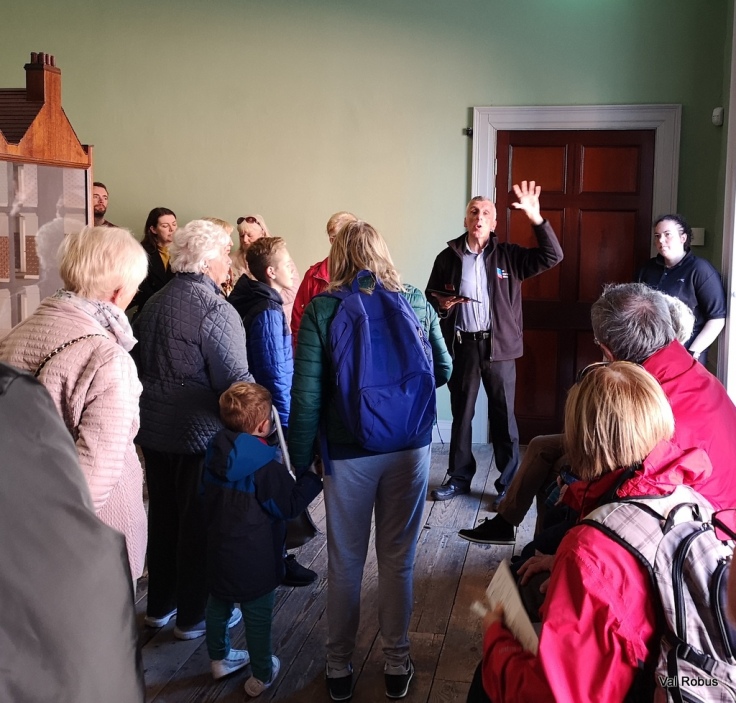 Joe was our tour guide and he told us about the history of number 14; from the grandness of its inhabitants in the early days up to 1979 when the last residents left the tenement flats. The story is told by both the guide and a series of audio visuals which are shown in the various rooms you visit.

It’s hard to believe that 14 Henrietta Street was home to 100 people in 1911. The house was divided into rooms or ‘flats’, in some cases families of 13 lived in one room. It’s quite horrific when you think of the conditions they must have lived in. There was no water or sanitation, cooking was done over open-fires. Beds were basic with sheets made out of old flour sacks and old Army coats being used as blankets.

Due to such overcrowded conditions disease was riff with many children not living to adulthood. The front and back door of the house were always left open so homeless people often slept in the hallways. There’s even original graffiti on one of the walls.

We made our way into several of the rooms, up the stairs and along hallways painted in Reckitt’s Blue and Raddle red. One of the ladies on our tour used to live in a tenement and remembers people putting the Raddle red on their faces or getting it on their clothes.

I loved looking at the rooms, especially the basement and the flat that we went into last. Those spaces were so atmospheric, with great attention to detail. I could have spent longer in both of those rooms. 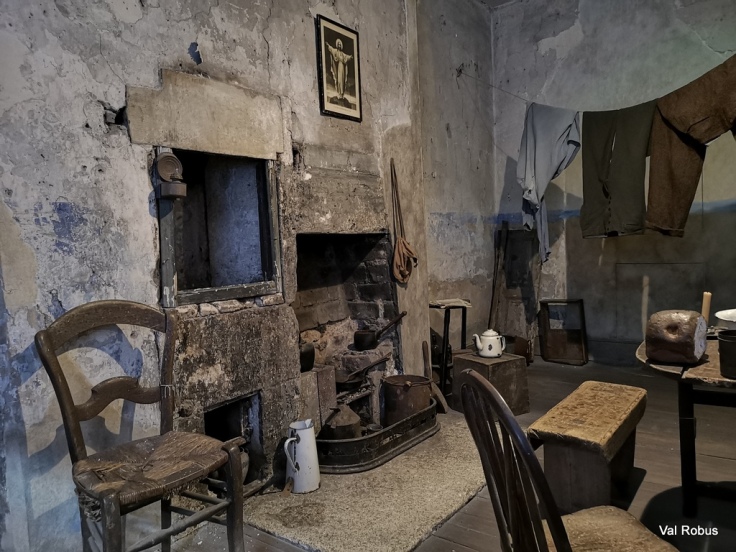 The only downside to the tour for me was that the group was very large and there was a lot of standing as there weren’t enough seats or folding seats. I actually felt a bit dizzy in the basement due to the heat and crowd – in a way I guess it added to the atmosphere as people were have been crammed into the rooms.

I would really recommend the museum though, our tour took almost an hour and a half and was really informative. I was very grateful to the lady on reception who told me about the tree in King’s Inn Park at the top of the street, it’s bizarre because the tree has grown over a seat. Check it out if you get a chance. 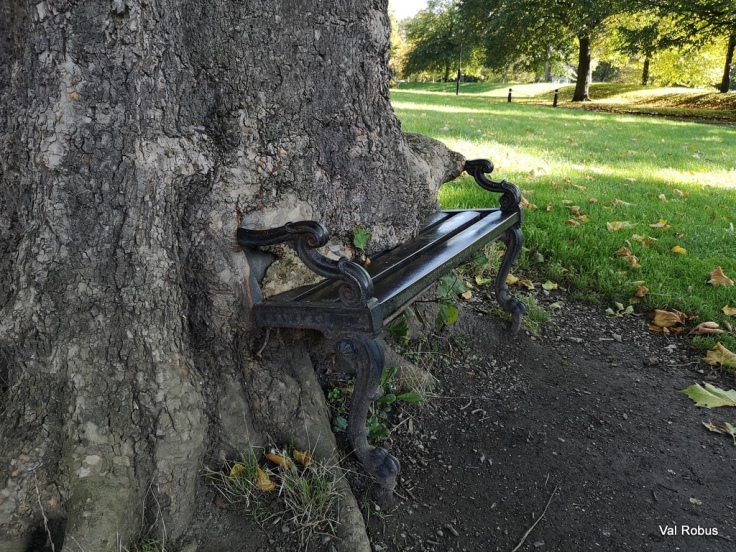