If you are looking for a city break with something of interest for all ages I’d really recommend Edinburgh. I’ve wanted to visit for a long time, for me it’s a place that ticks every box; cats, tunnels, ghosts, lights and food! I’m just back from there so I’ll tell you all about what I did and hopefully inspire some of you to take a trip.

I managed to get a cheap flight with Flybe who fly from Ireland West Knock airport (just down the road from me). The flight is around an hour and I took the Airport link 100 bus which took me into Edinburgh city centre. I stayed in The Hub by Premier Inn on Rose Street, it was the cheapest place I found with a private room and bathroom. There’s no window which is a bit strange but it’s just a place to sleep so all good – and it was quiet and so close to everything. 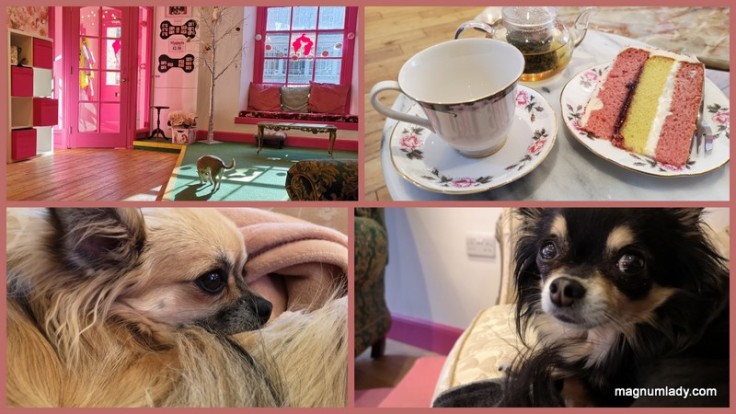 As I was walking to the hotel I spotted a chihuahua cafe – apparently the first one in the world – so I had to visit. It’s very cute, there are 8 chihuahuas there to pet. Unfortunately I picked the same time to visit as a regular and the dogs loved her but I did get a chance to pet a few of them. The cake and tea was lovely and the dogs and people who ran the cafe were great.

That evening I’d booked a Ghost and Ghouls Tour with Mercat tours. This was quite a big tour, around 30 on it but it was interesting. I’m not going to tell you too much about it in case you do the tour yourself but you’ll hear some of the history of Edinburgh and go into underground vaults. I enjoyed a wee dram with my fellow tourists after all when in – Edinburgh 😉 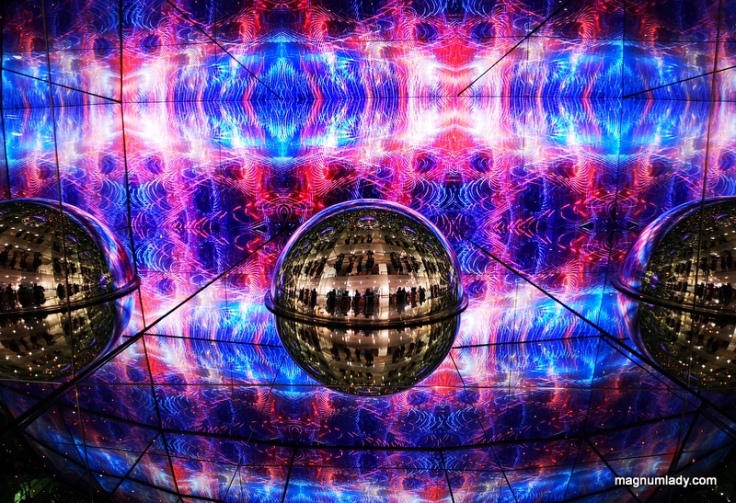 After a fairly sleepless night – I blame the ghost stories – I was up bright and early and went to Camera Obscura and World of Illusions. This is the oldest tourist attraction in Edinburgh. It’s pricey enough but I went because I love lights and I’d heard the views from this place were amazing. It was a great place to visit, probably more for younger folk and I was in and out in half an hour. Although you get a day ticket and can go back again during the day.

I walked around most of the city and saw where J.K. Rowling got some of her inspiration for the Harry Potter.

You could imagine Harry, Ron and Hermione coming out of some of the buildings.There are lots of tours you can take if Harry Potter is your interest and some great shops. 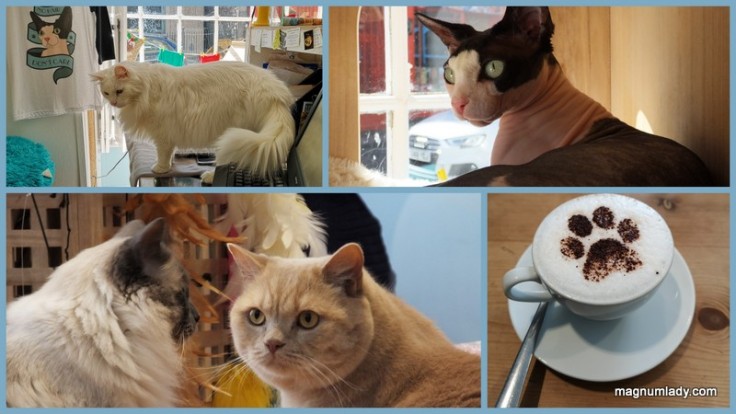 Next stop was Maison de Moggy. As the name suggests it’s a cat cafe and was just lovely. There are all kinds of cats and the coffee and cake was lovely too. It’s the first time I’ve ever seen a Sphynx cat and Elodie was just adorable. 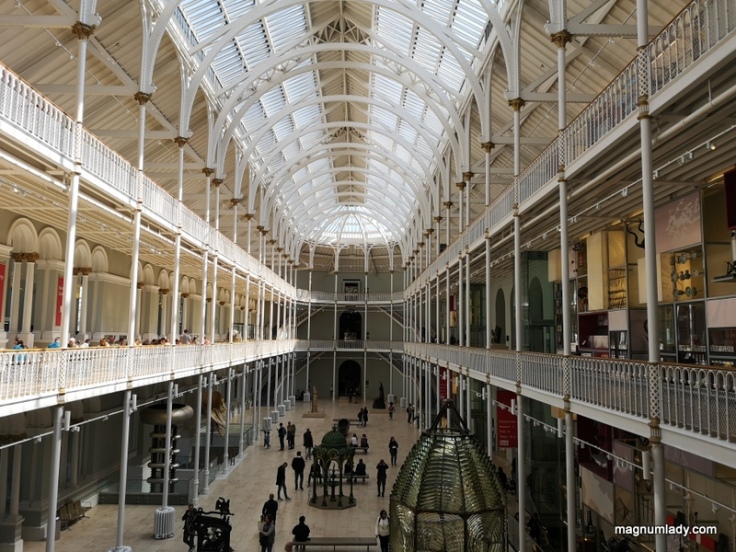 I also visited the Scottish National Gallery, again free and I walked around Prince’s Street Gardens. 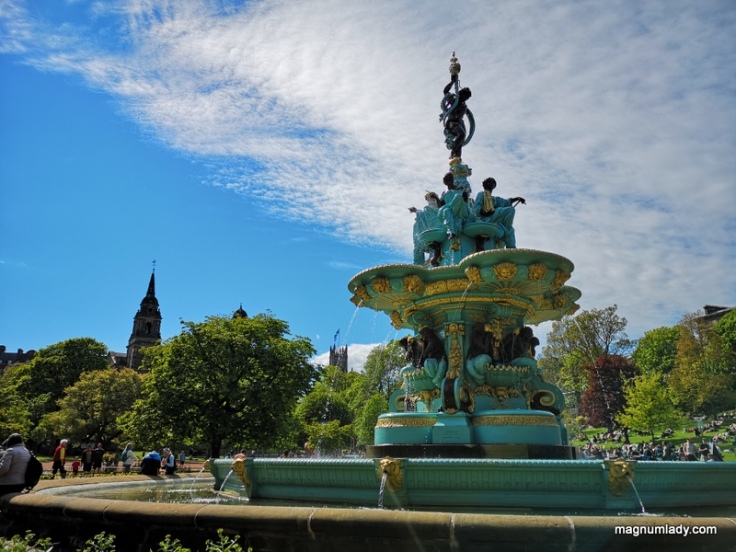 Now for the food and I was very unhealthy when I was away but you only live once! I enjoyed a battered Snickers bar and battered vegetarian haggis and chips in Bertie’s Fish and Chips. 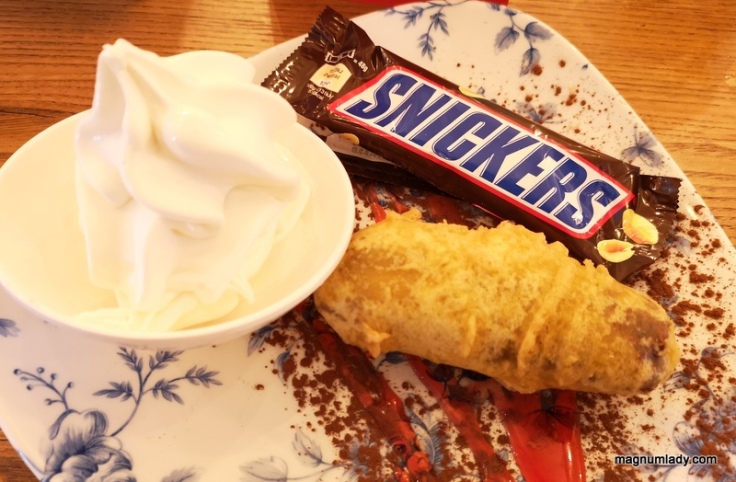 It might look wrong but they tasted great! There service in Bertie’s is great too. I also found out there’s a chocolate cafe in Edinburgh so I had to check that out too. Everything was so tempting but I went for the Ferrero meets Nutella sundae and it was delicious! 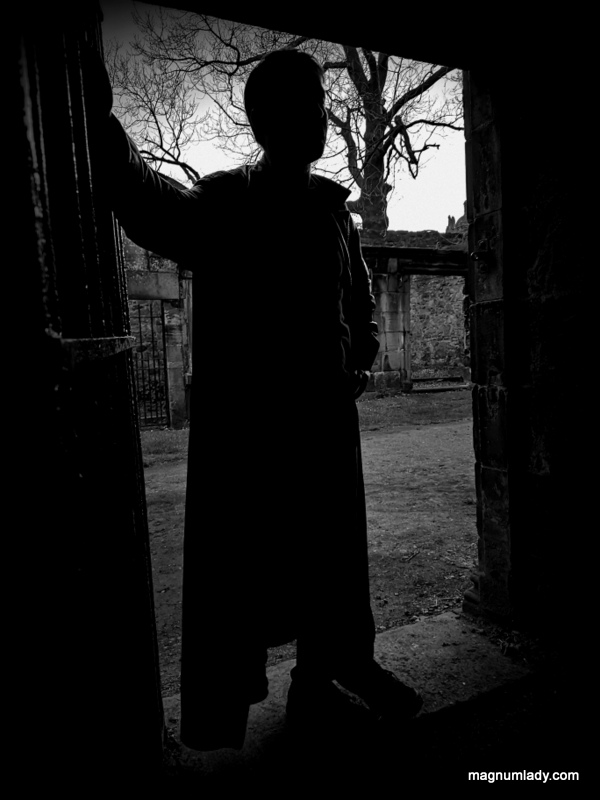 My final stop was the City of the Dead tour. I’d read about this on another blog and it sounded very interesting. I couldn’t decide between the Underground Tour or the Graveyard Tour so I did the Double Dead tour which consisted of highlights of both. The underground tour was quite similar to the Mercat one so I think if I went again I just do the Graveyard Tour. I did enjoy the graveyard part and City of the Dead Tours bring you into a tomb called the ‘Black Mausoleum’ which is behind the locked gates of an area known as the Covenanter’s Prison. Both places on this tour are meant to be haunted and after our walk Fred, our guide, showed us photos of people who had been scratched during previous tours. I didn’t feel anything untoward but there are some frights during the tour – I’ll say no more so I don’t ruin it for you.

So that was my 48 hours in Edinburgh, there really is so much to see and do. I walked over 25000 steps each day so be prepared unless you take the tram or bus. I enjoyed everything I did and I found the people very friendly, I also felt very safe. I’ve heard great things about the gin tour and there are also a lot of free walking tours that are meant to be good. Let me know what you do if you go.

Latest painting, inspired by The Art Sherpa
One from a while ago
Pizza night @pizza_da_piero topped with @calicalifoods hot sauce, cheese and chicken