Well it’s been a bit of a challenge getting to Brasov. First thing to know if you are planning a trip is that Bucharest has two airports and the one Ryanair fly into is the furthest one out, so it takes a bit of time to get to the train station.

Passport control had a long queue and the flight was a bit delayed so that had a knock on effect. I got the 780 bus from the airport to the station….I just missed one and was waiting an hour for the next one. I’d booked a train to Brasov and thought I was going to miss it, I got there by the skin of my teeth and legged it onto the train….phew…but it was the wrong train! I found this out when the ticket inspector came round. She didn’t speak English so she shook her head, took my ticket and off she went. About ten minutes later she came back with another inspector and a passenger (who spoke English). So I was on the wrong train. The colour must have drained from me because they were all telling me it was OK..and it was. The destination was right but the train seemed to go around most of Romania to get there.

I really enjoyed looking out at the scenery though; it’s very barren, almost like a desert in places. I saw horses and carts, rivers, forests and lots of dogs.

I was very glad to get to the hotel though. I arrived at 8.30pm Romanian time (2 hours ahead) and I hadn’t eaten since 5am so I was really hungry and a bit tired. Although I’ve discovered I can sleep almost anywhere!

The hotel is lovely, it’s like a ski resort hotel as it has the mountain behind it complete with Brasov in a big sign (think Hollywood). 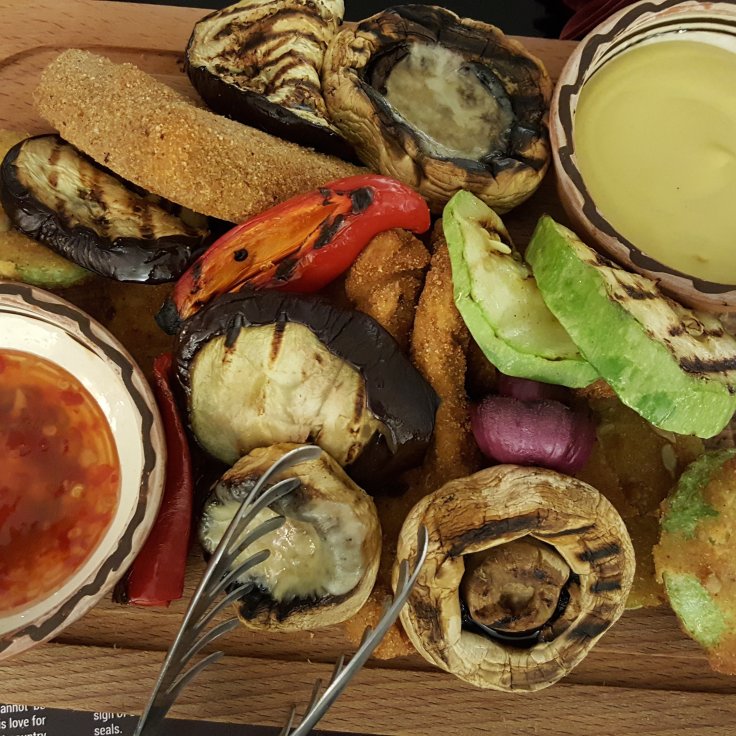 I ate at the hotel restaurant in Dracula’s Cellar, I had ‘Dracula’s Feast’ aubergine, baked cheese, chicken, mushrooms and more. It was delicious. I was given a shot of ‘Dracula’s Blood’…it was strong!

I’m off exploring today after a great nights sleep. I’ll let you know how I get on.