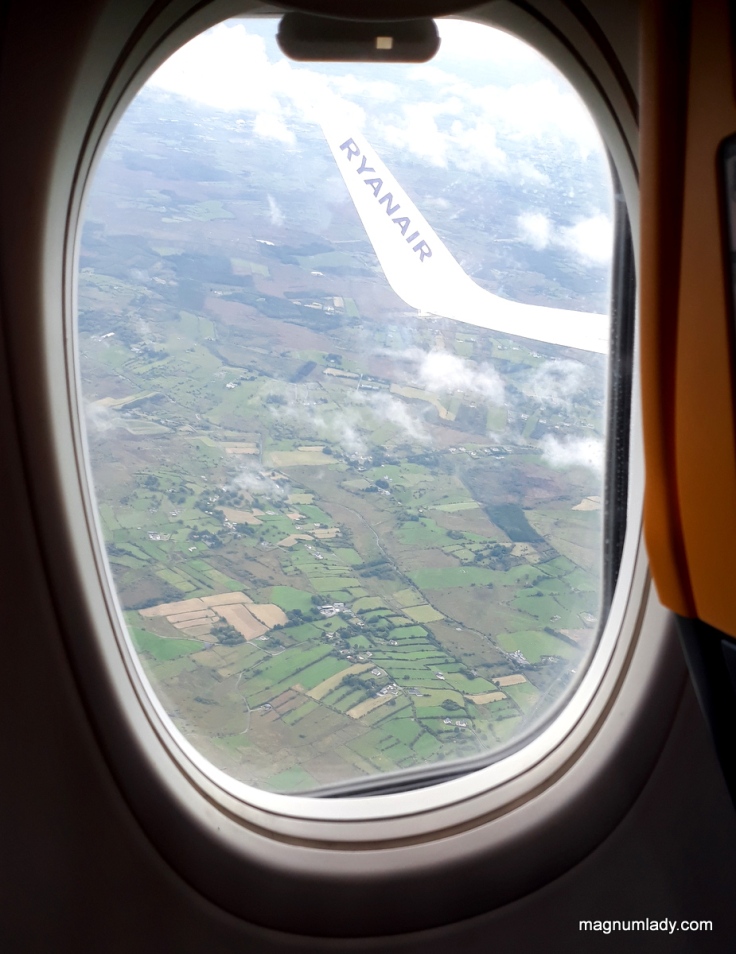 We are just back from less than 24 hours in Liverpool. It’s the first overseas trip that Jono has been on with the wheelchair and was a bit of a test to firstly how it would go and secondly because Jono wanted to visit Hattons.

The handiest thing was the flight. Ryanair (love them or hate them) fly from Ireland West Airport Knock to Liverpool and the flight is just 45 minutes! I have to say I have never had any issues with Ryanair and in fact if they weren’t around with their cheap flights I wouldn’t be going anywhere.

As it’s the first trip with the wheelchair I didn’t know what I was doing so I didn’t check it in. Fair play to the staff at Knock and in particular one man I’ve seen from working there, he made sure we got sorted and arranged the lift to bring Jono right onto the plane. There are some kind people and we are very grateful. 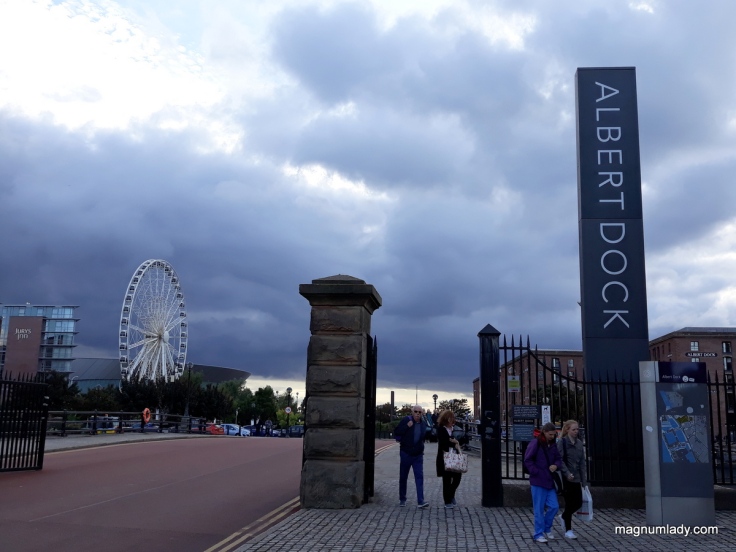 The flight was grand, quick and easy, with assistance waiting for us at the other end. We got a bus to the Albert Dock, the 500 bus because it’s the quickest one – Jono had it all organised. The buses are wheelchair accessible so I just wheeled him on – but – the brakes on the wheelchair aren’t the best as we soon discovered when the bus went around a corner and the Jono took a trip across the aisle!! This happened throughout the journey with me clinging onto the chair for dear life. It was quite a long 30 minutes! 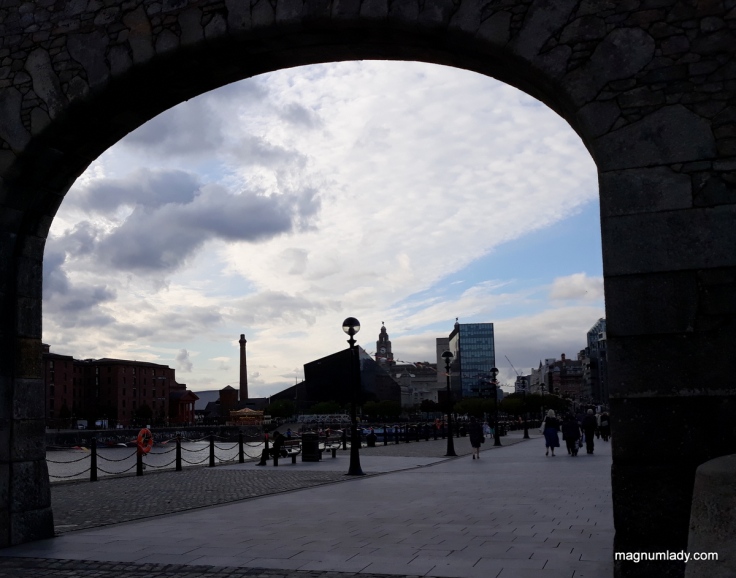 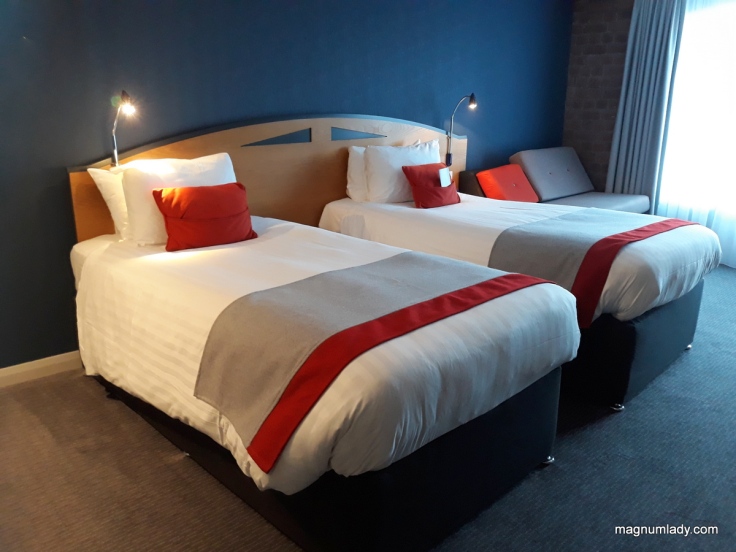 We stayed at the Holiday Inn Express which was the cheapest place we could find. It was lovely, great location, nice big room and breakfast included. 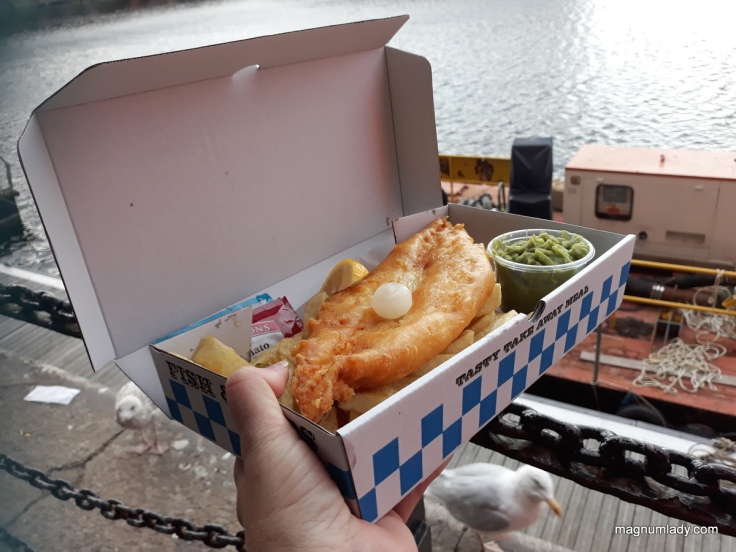 After we checked in we went for a little stroll and had fish and chips along the dock, serenaded by the seagulls. 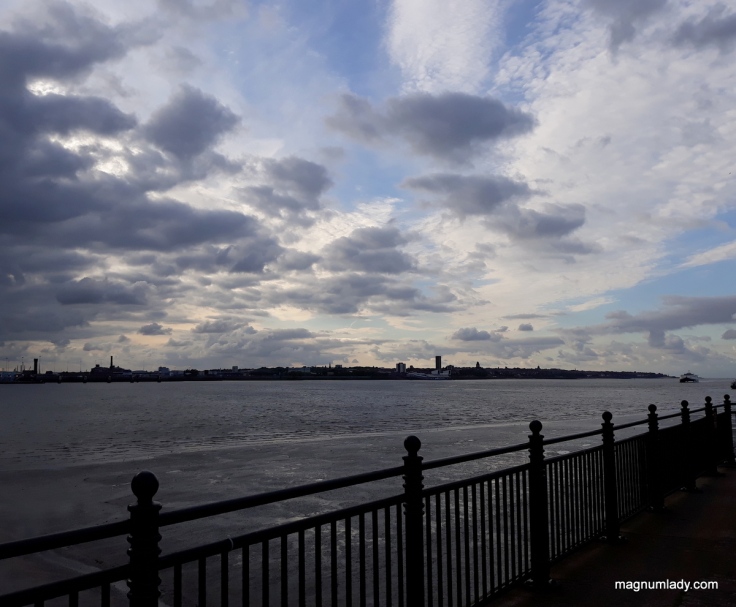 We walked down by the River Mersey and looked at the lovers locks. 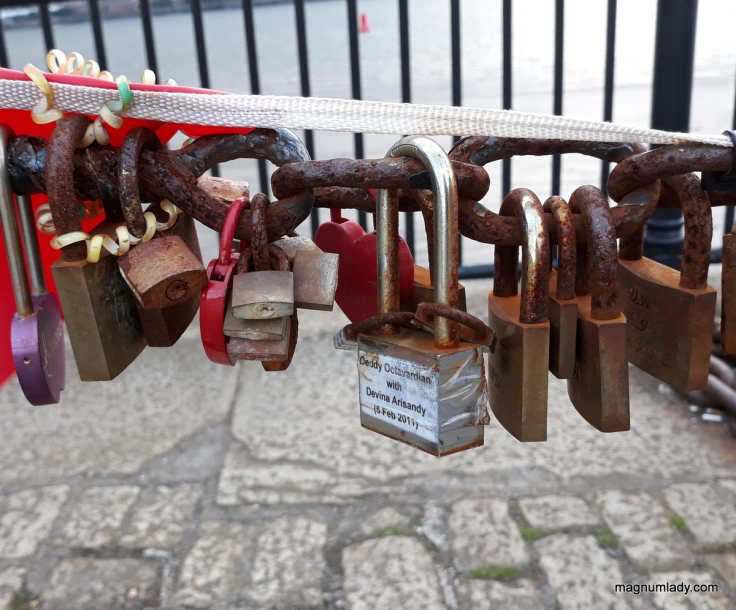 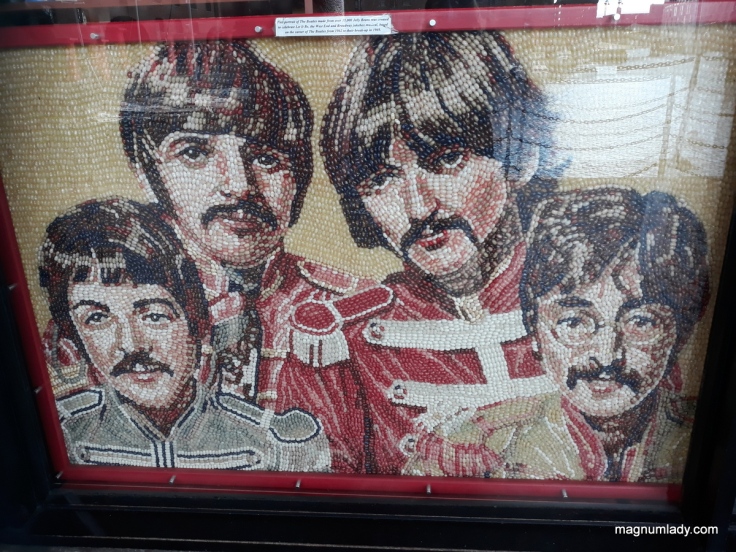 We also checked out the sweet shop, I love The Beatles made entirely of jelly beans! We didn’t do anything else, just relaxed in the room and looked at the view. 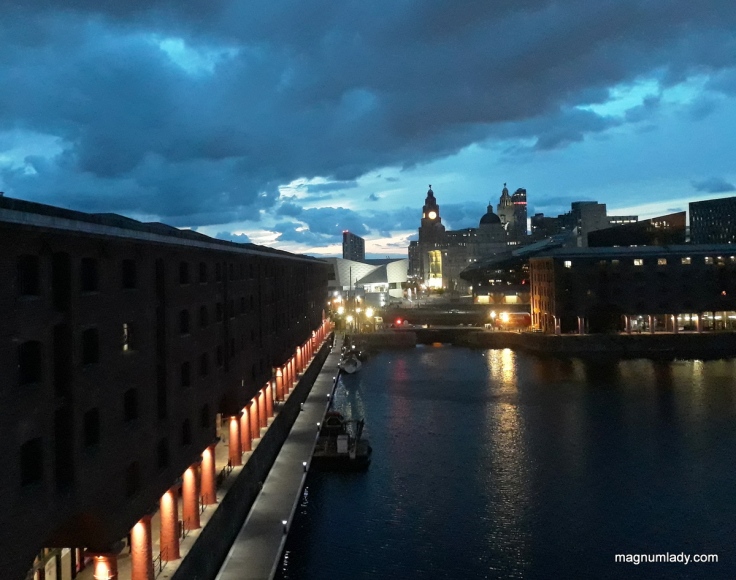 I didn’t fancy going exploring and I didn’t have my camera with me either. Although I wouldn’t mind going back to check out the rest of The Albert Dock, there’s a lot of interesting places there including the Tate Modern and The Beatles Story. 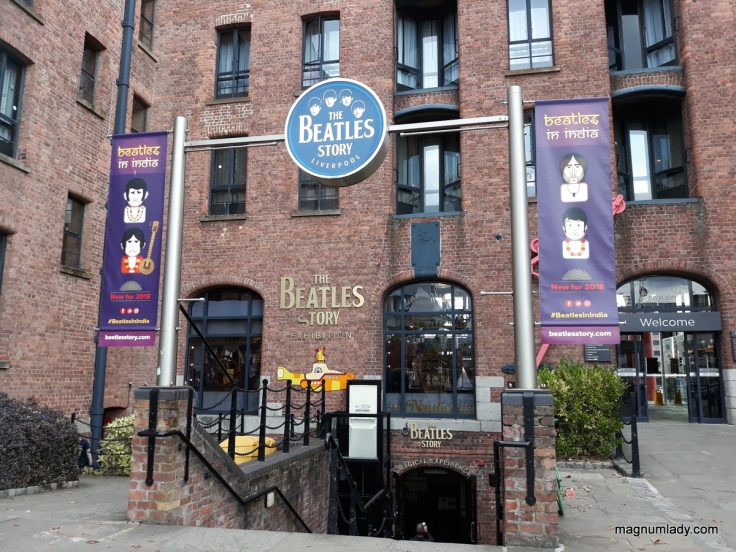 The next morning we were up bright and early and we both slept well, it was a really quiet room overlooking the dock. Made a nice change from the many noisy places we’ve stayed in previously.

The main purpose of the trip was for Jono to go to Hatton’s Model Railway shop so we headed off there. He was delighted to get there, the staff are so friendly especially John who was just lovely. Jono got all the bits he wanted and we headed back to the airport.

Some people just astound me though, as we were waiting for special assistance people were almost walking all over Jono. It’s like he was invisible, I’d moved him back as far as I could and they were still rushing to queue. The plane was even there at this stage! We were eventually moved to the lower floor where they had everyone that needed assistance and that was a lot better.

Another 45 minute flight and we were in Knock with a slightly bumpy landing! It’s so handy having an airport so close to home and I’m so pleased that Jono got a break away even if it was just a short one.