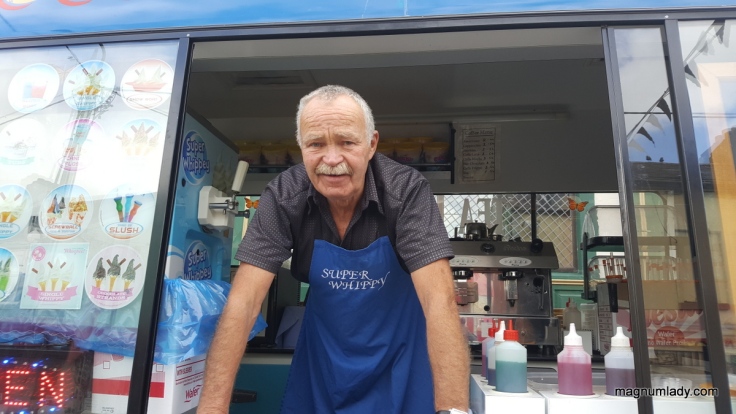 Sometimes the powers that be in this country sadden me. This is one of those times. It might not be hard hitting news to the majority of the folks out there but one man has lost his livelihood due to red tape.

Hugh Campbell has been selling ice creams for 8 years in Glencar, Co. Leitrim but now the council have decided not to provide a casual trading licence and Hugh has been forced to cease trading.

For me though it’s not just about the ice creams. Hugh was one of the nicest men around, he was like an unofficial Leitrim tourist board. I often turned up to the waterfall when there was nowhere else open and there was Hugh with his cheery smile telling me the best places to visit in the area. We should be encouraging people like Hugh to stay in the area. Actually not just encouraging them but even paying them a salary for promoting the area. For some tourists visiting Leitrim Hugh was the first person they saw and he made people feel welcome.

So what now Leitrim County Council? Are you going to stop the lovely man with his horse drawn carriage trading at Glencar too? I hope someone talks sense into the people who have come up with this decision and that Hugh will be back very soon.

3 thoughts on “Cone back to Leitrim”