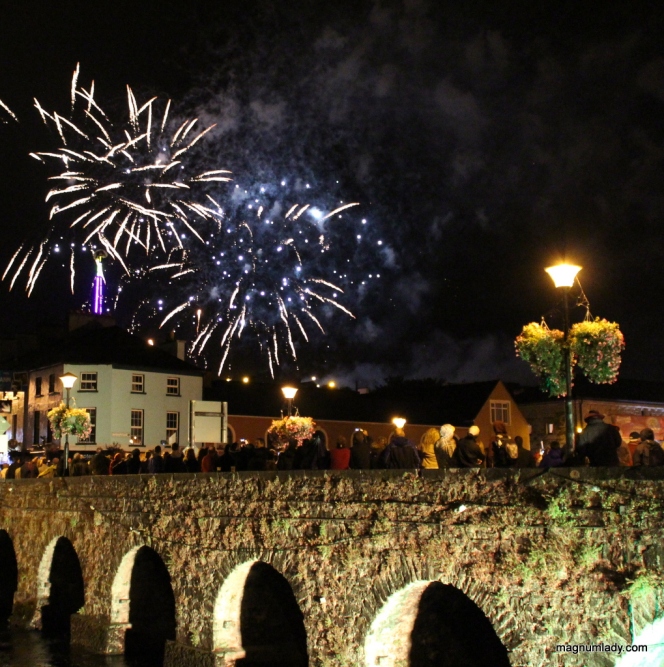 I don’t know about you but this is the time of year that I usually think ahead to planning holidays. If you are planning on coming to Ireland in 2018 there are some fantastic festivals taking place throughout the year that you might want to include in your visit. Thanks so much to the Irish Bloggers Group for their pick of top festivals.

23rd – 28th January Kilkenny Ink a festival of visual storytelling, hosted by Cartoon Saloon who have been twice nominated for Oscars for their films.

24th – 28th January. TradFest in Dublin. Ireland’s largest traditional music festival taking place in some of the most historic locations in Dublin.

24th – 28th January. Banjo and Bovril Festival in The Harbour Bar, Bray which incidentally was voted The Best Bar in the World by The Lonely Planet. The festival is a revival of an old tradition that Paul Senior pioneered when short winter days were ended in the bar by playing the banjo and drinking mugs of Bovril.

18th Feb – March 4th Celebrate the Chinese New Year Festival in Dublin. There are talks, tours, celebrations and more in this fabulous festival celebrating the Year of the Dog.

15th – 19th March. St. Patrick’s Festival Dublin. There will also be many St. Patrick Parade’s and celebrations taking place throughout the island of Ireland on March 17th.

Franco Irish Literary Festival, Dublin. Dates to be confirmed but around the end of March, beginning of April. 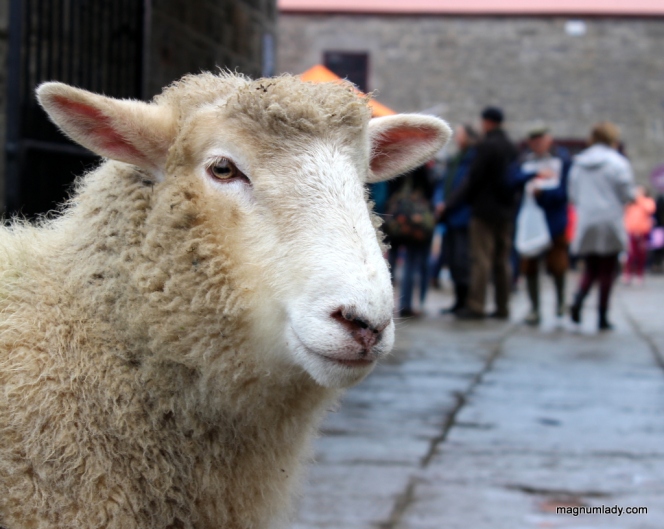 May 2nd – Mon. May 7th, 2018 Roscommon Lamb Festival. Sheep sales, lamb blessings (yes, really), music, street parties, something for all the family. Ewed be maaad to miss it.

4th – 6th May – Father Ted Festival in Lisdoonvarna, Co. Clare. Down with that kind of thing 😉 If you are a lovely girl or a wannabe nun this is the festival for you. You even get tea and cakes in Father Ted’s house! Gwan, gwan, gwan.

4th – 7th May Riverfest Limerick. Riverfest is a positive celebration of the land Limerick occupies, with Ireland’s longest river – the Shannon – running through it. There is something to get every member of the family excited.

7th – 13th May – Cos Cos Sean Nos Festival, Sligo join some of the country’s finest Sean Nós dancers, musicians, singers, poets and storytellers as they gather in the shadow of Benbulben.

25th – 27th May Woollin – Dublin’s brand new festival of yarn! If you like to spin a yarn this is the festival for you. Craft classes, talks and more.

27th May Rockin Road Festival, Drumcondra. A fun filled family day of music, Vintage scooters,bikes and cars with lots to occupy the young too. Join in this annual fundraiser for children and students who use the services of Childvision.

The National Leprechaun Hunt in Carlingford. Need I say more? Date to be confirmed.

31st May – 4th June. Bloom in the Phoenix Park, Dublin. I love this one; show gardens, music, the best of Irish food, demos and more.

31st May – 4th June. Kilkenny Cat Laughs. They say laughter is the best medicine so head along to Kilkenny for some fantastic comedy performances.

1st – 3rd June. Vantastival Festival, Louth. For fans and enthusiasts of the camper van and camping lifestyle. Enjoy the magic of this family friendly festival.

22nd – 24th June Body & Soul in Co. Westmeath. Enter another world in this Summer Solstice Experience. With new ideas, experiences and performances around every corner. 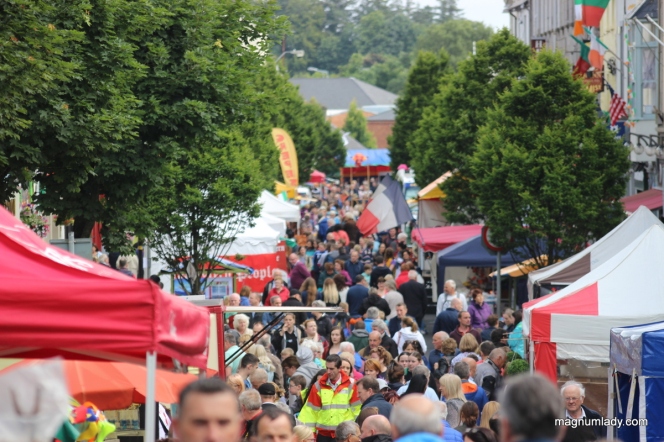 Cairde Sligo Arts Festival.  A week long event with lots of music, arts and fun, do check out ParkFest – a great, free, event for all the family. (held in July, dates to be confirmed)

16th – 29th July Galway International Arts Festival. This is a fantastic festival with something for everyone; music, free family events, shows, talks and more.

Swell Festival, Arranmore Island, Co. Donegal. Take yourself to the island and enjoy music, Irish language, comedy, poetry and more in a spectacular location. July – dates to be confirmed.

Sligo Jazz Festival. An international summer school and jazz festival taking place in Sligo. Dates for 2018 not announced yet but it’s always towards the end of July. 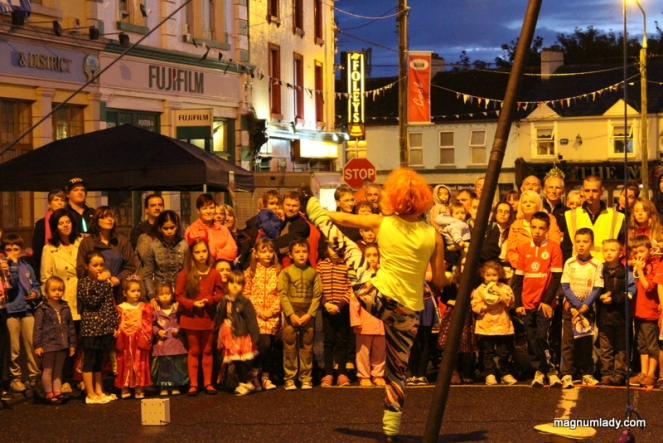 Durrow Scarecrow Festival, Co. Laois. Is your scarecrow the most talked about thing in the village? If so take it along to the All-Ireland Scarecrow Festival and you might be the best in Ireland. Takes place in August, dates to be confirmed.

Mary from Dungloe Festival. Do you fancy being a Mary? This international festival is open to all – you don’t have to be a Mary. You get to meet Daniel O’Donnell too 🙂 Dates to be confirmed.

10th – 11th August. The Secret Village Festival, Ballaghdereen, Co. Roscommon. This has been known as the Electric Picnic for the west of Ireland….but shhh it’s a secret 😉

12th – 19th August Fleadh Cheoil 2018 Drogheda. The biggest celebration of Irish music, dance and song in the World. You can’t help but be swept away by the atmosphere.

Dungannon Sand sculpting Festival. Gets the buckets and spades out and have a bit of fun. I’m told it gets quite competitive. Dates to be confirmed.

4th – 8th August The Old Fair Day Festival, Tubbercurry, Co. Sligo. A step back in time with this festival, see Ireland used to be in the fair days of the past. Family friendly event and most of it is free.

The Rose of Tralee 17th – 21st August, in Tralee (of course). Lovely girls from all over the world with Irish connections take part in this competition. I’m told by Laura that this is so much more than a competition, there’s music, craic and more.

Medieval Festival, Loughrea. Archery, food from the past, circus skills and more in this celebration of the past. Takes place over a weekend in August. Dates to be confirmed. 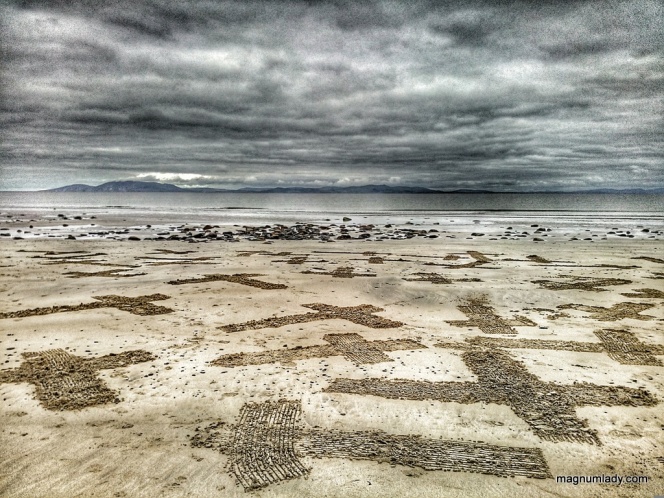 Electric Picnic in Strabally, Co. Laois. 31st August – 2nd September. One of the biggest festivals in Ireland. Music, comedy, food, fun. I’ve never been but from the photos I’ve seen it looks amazing!

Matchmaking Festival, Lisdoonvarna. Running throughout September. If you haven’t found Mr or Mrs Right yet head to Lisdoonvarna! 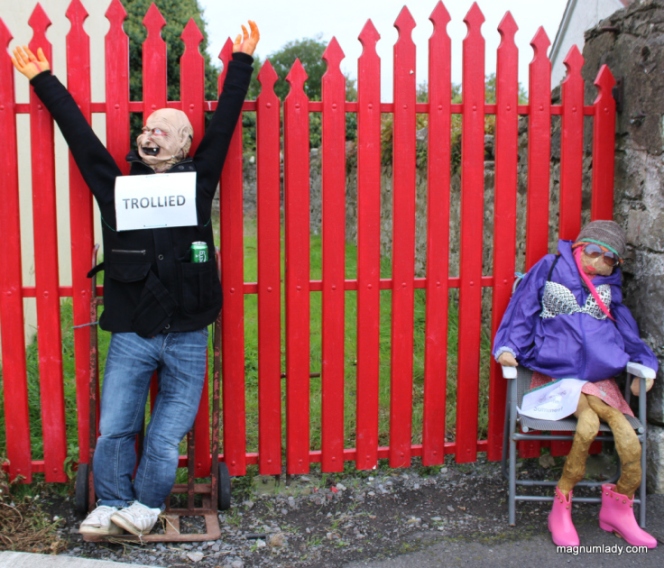 Baboro International Arts Festival for Children, Galway 15th – 21st October. Baboró believe that every child should have access to excellent arts and cultural experiences both as audience and participants.

Easkey Scarecrow Festival, Sligo takes place around Halloween. Take a drive through the village of Easkey and see all the fantastic scarecrows.

Sligo Live. Turning Sligo into Music City. Previous acts have included BellX1, Imelda May, Sheryl Crowe and more. Dates and acts for 2018 to be announced.

The Cheese Toastie Festival at The Harbour Bar, Bray. Do you think you make the best cheese toastie in Ireland?  You’d be crackers to miss this one it sounds like gouda fun. Oct/Nov but dates to be confirmed.