Mention Eindhoven in the Netherlands to anyone and they’ll probably think of football and light-bulbs. Pay a visit there and scratch beneath the surface and you’ll find one of the coolest cities in the world.

Myself and Jono are just back from a few days in Eindhoven and I had an absolute ball….well I did when I recovered from the fact that Jono had only booked two nights there and we were staying for three! You should have seen me running around in the rain trying to find a hotel for a Saturday night! Anyway Jono found one on booking so we didn’t have to sleep in the airport – although we kind of did – more later. 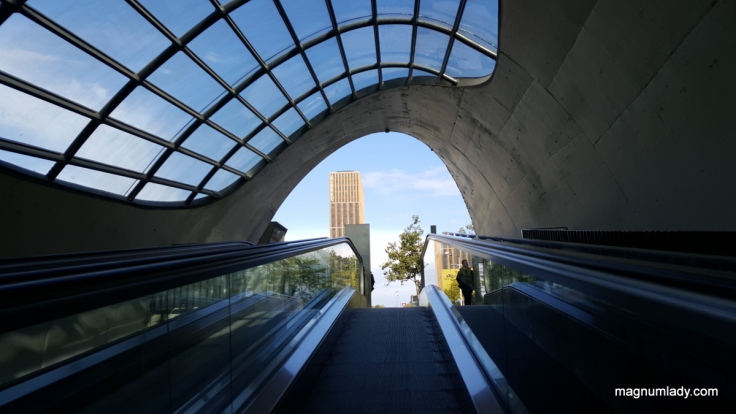 We had planned to spend a day in Amsterdam but we blew the travel budget on the hotel for the last night – and I’m really glad that we did because Eindhoven is amazing!

Firstly you can fly very cheaply from Dublin – Eindhoven with Ryanair (when they aren’t messing with flight cancellations!) the flight is only an hour and a half. Hop on one of the many, frequent, buses from Eindhoven airport and you are in the city centre in 25 minutes. 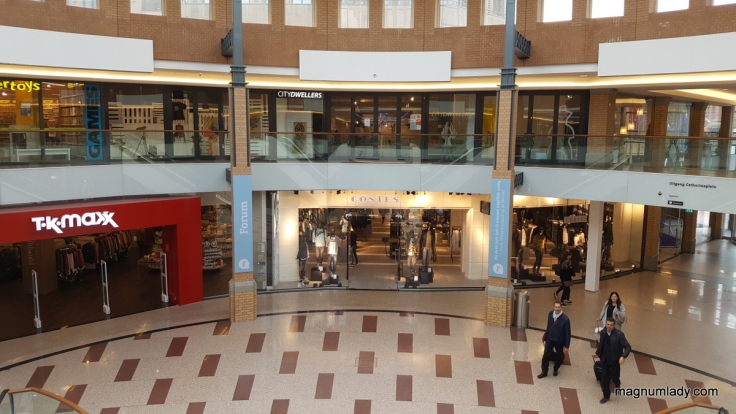 My first place to visit was Primark (Penneys). I know, I know, but I went on Lucy’s behalf. It’s a huge store that spans four floors and loads of bargains. Eindhoven is a fantastic city for the shops alone – but I’m not a shopper so what next? 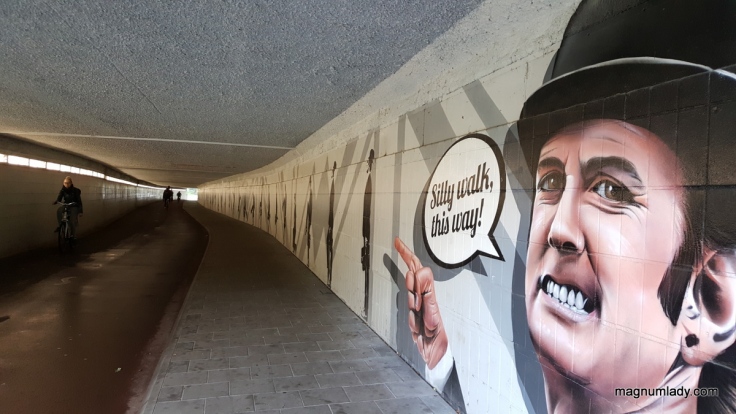 Well I visited The Silly Walk tunnel and joined John Cleese in a series of silly walks! This was not the only cool tunnel in Eindhoven. 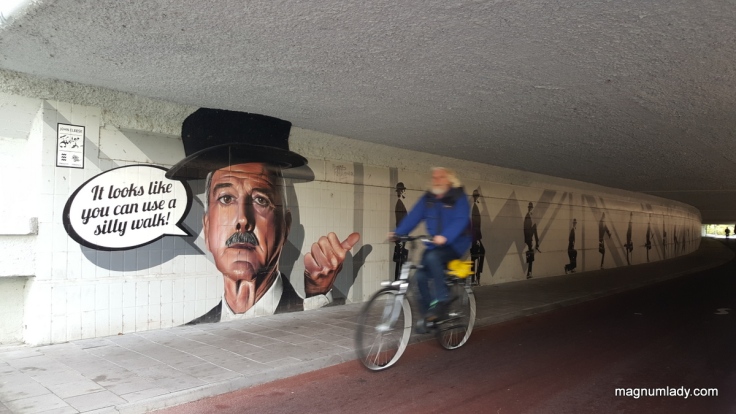 When I was on my way to Woenselse Market I found a few more. I have a bit of a thing about tunnels!

Eindhoven is a mix of old and new buildings. Some of the new ones wouldn’t look out-of-place in a Science Fiction movie and in fact wandering around the city did remind me of being in a film set. The people are warm, welcoming and friendly. I was amazed when I was lost and a lady kindly walked me to my destination even though it was in the other direction for her!

I had a walk around Stadswandelpark and along the Dommel River in the rain. I always seem to bring rain with me and when it rains in Eindhoven it really rains!

We met with Erik who is as passionate about Eindhoven as I am about Sligo. It was fascinating listening to him telling us about all the best places. You can’t beat getting advice from locals when you visit anywhere.

One of the highlights (pardon the pun!) of our visit was the Philips Museum. The museum is staffed by former workers of the Philips Factory. 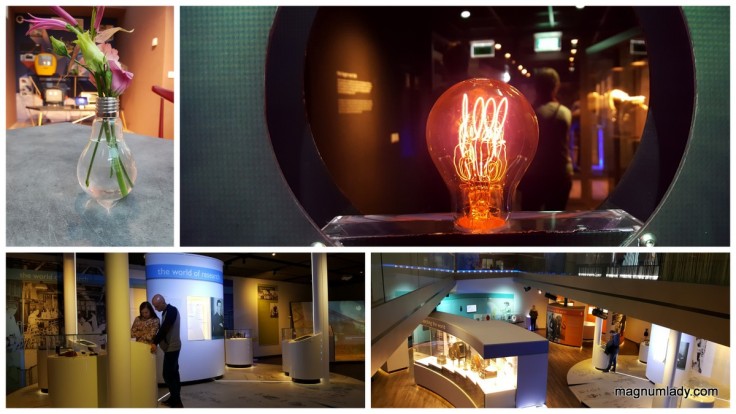 The Philips story is fascinating in itself – how a light bulb turned into a globally known company. There are a lot of cool things to see and do there and we spent a couple of hours checking it all out. I really want a light-bulb vase!

That evening we went to Kazerne and I was totally blown away. With the focus on Eat, Drink and Design this fantastic venue wouldn’t be out-of-place in the USA and in fact received rave reviews in the New York Times. I’m not surprised! I’d loved how various artists were showcased in the exhibition space. Most memorably Jalila Essaïdi who has made articles of clothing from cow dung and bullet-proof skin based on silk spinning. 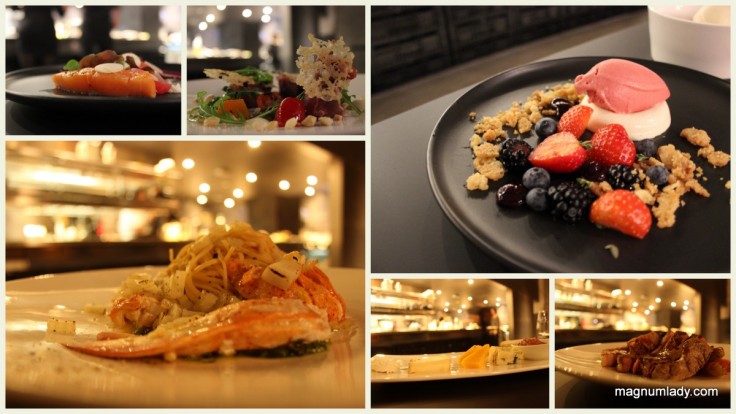 We were treated to a sumptuous three course dinner and I got to meet the wonderful Annemoon who is one of the owners of Kazerne. She explained how the project started off as a pop-up idea but felt there was such a need for a place for artists to have a spotlight that it is now a permanent venue.

The food was amazing and it was prepared in front of us, watching the chefs in action was like watching a theatre show – just something so special. We also got to look around the art exhibition in the building across the courtyard. This building dates back to 1825 and even has existing cells. There are plans to turn the room below into a hotel suite – now that I would love to see. 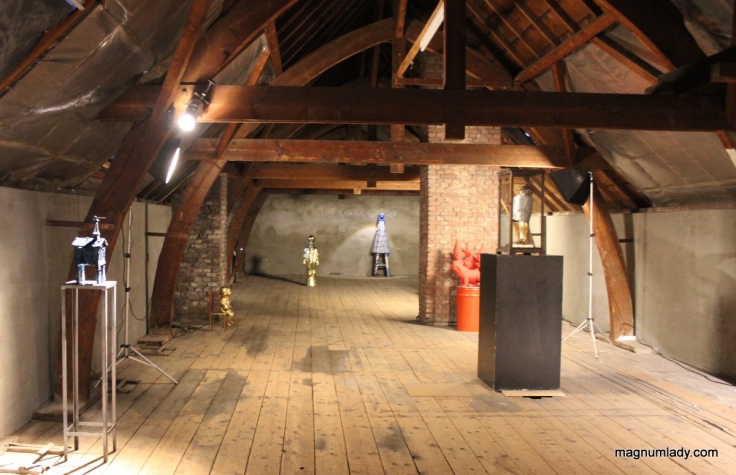 The next day I headed to Van Abbe Museum. This museum of modern art houses various exhibitions at any one time.

The solo exhibition Qiu Zhijie: Journeys without Arrivals was very interesting and I really enjoyed looking around the rest of the floors. There was so much to see there.

Jono and I went for lunch in the very hip CoffeeLab, this place is cool and quirky and does great food too. It’s located just behind Eindhoven station so very easy to get to and also adjoins the tourist office. A great spot for lunch. 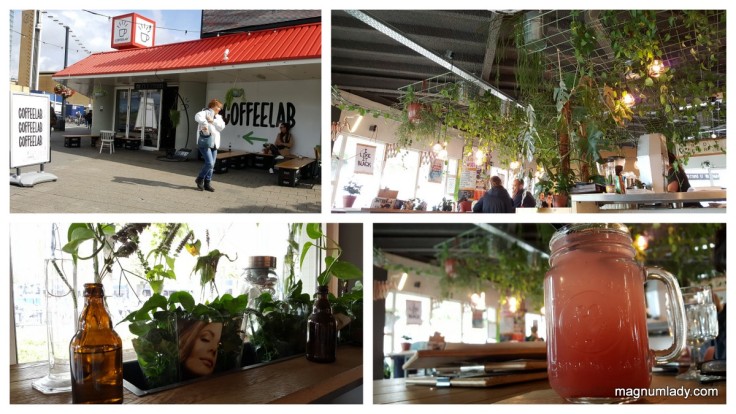 I was hoping to get to Strijp-S in the afternoon but Jono was very bad with his back pain and as we’d been turfed out of the other hotel we went to our new one. This was the Tulip Inn and when they say they are at Eindhoven Airport they really are! They are connected to the airport, it was almost like sleeping on the plane! This place was great though – although I’m not sure about the window in the shower! 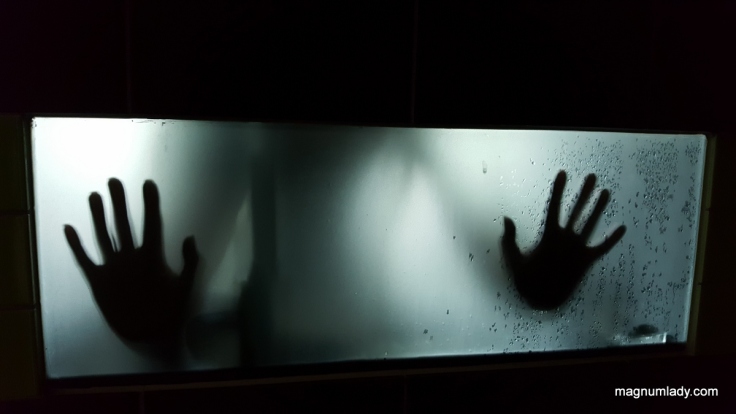 That evening I went to the award-winning Bottle Distillery, this place is located in an old textile factory and I heard all about how they handcraft beerbrandy, gins, liquors and vodka using all natural ingredients. I even got to try their gin and a fantastic coffee liquor. I was slightly tipsy! You can even create your own gin – how cool is that!?

I zig-zagged my way through the streets of Eindhoven and checked out the city at night. It’s probably the safest place I’ve ever been to. I didn’t feel in the slightest bit threatened – although I did almost get run over by some of the many bicycles! My fault I have to say, there are bikes everywhere, there’s even bike ‘car-parks’. I saw one man cycling along with an armchair on the front of his bike and his dog sitting there happily!

I had a brief visit to Strijp-S but it was getting dark and of course I didn’t know where I was going. This place is pretty amazing though and I’d love to go back and explore it properly and also check out the Vincent van Gogh glowing cycle path. This is lit by LED solar bulbs and just sounds amazing. 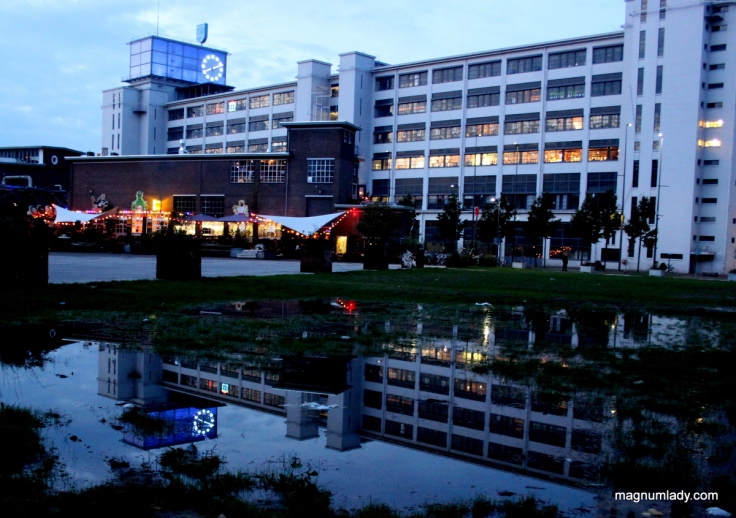 If you are looking for a city break with a difference I’d highly recommend Eindhoven, it’s bright, it’s bustling, it’s cool and quirky. A very special place indeed. Thank you to Erik and to everyone we met along the way.

3 thoughts on “Light up your life in Eindhoven”