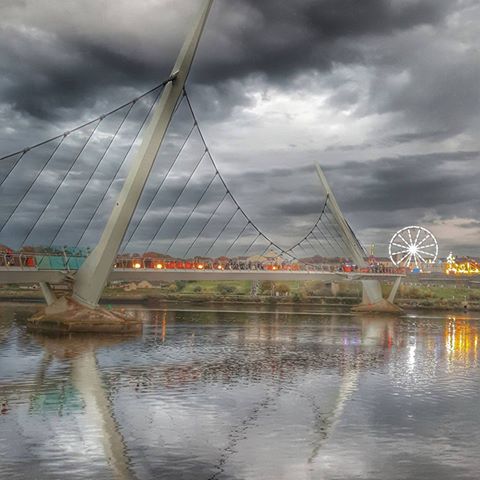 It’s been a busy, but really enjoyable weekend spent mainly in Northern Ireland. Sunday was spent in Derry for the ‘Out of this World’ Halloween event. One day I will spend a night there because I always miss the parade due to bus times. I’m still kicking myself that I was invited by Discover Northern Ireland to spend a weekend in Derry but it was when we were moving house so I couldn’t make it 😦 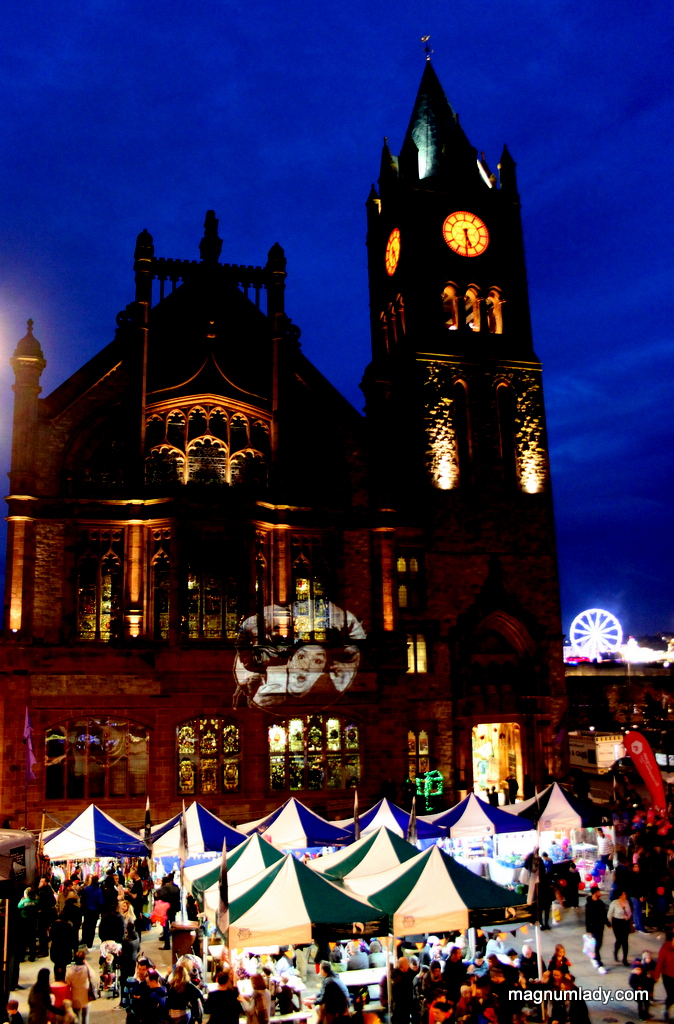 Jono and I had a look around the Walled Market, which had a lot of lovely food stalls, this being Northern Ireland year of food.

We loved the entertainment, Sauras were back due to popular demand and Sparks were an amazing drumming group. The place was packed so it was quite hard to get decent photos. I spent a lot of time almost falling over prams 😉  – no child was harmed in the making of these photos and videos!

It’s well worth the long bus trip to visit Derry – not entirely sure it was worth having the drunk woman on the bus vomit just beside us. Apologies for TMI but that’s what happened.

On Monday Andy and I went up to Enniskillen in Co. Fermanagh. They have a free firework display every Halloween and it’s great – a very family, friendly event with a great atmosphere. I didn’t actually bring my camera so I could watch the display for a change. Of course I felt like I was missing a limb but it was nice to relax and enjoy it. I took a few photos with my phone but they aren’t great.

I’ve noticed a few shops in Northern Ireland are now doing € for £ rate so there are a few bargains to be had. I do try to shop locally as much as I can though but it’s handy for the things we can’t get down here. So that was our Halloween. Did any of you do anything nice?