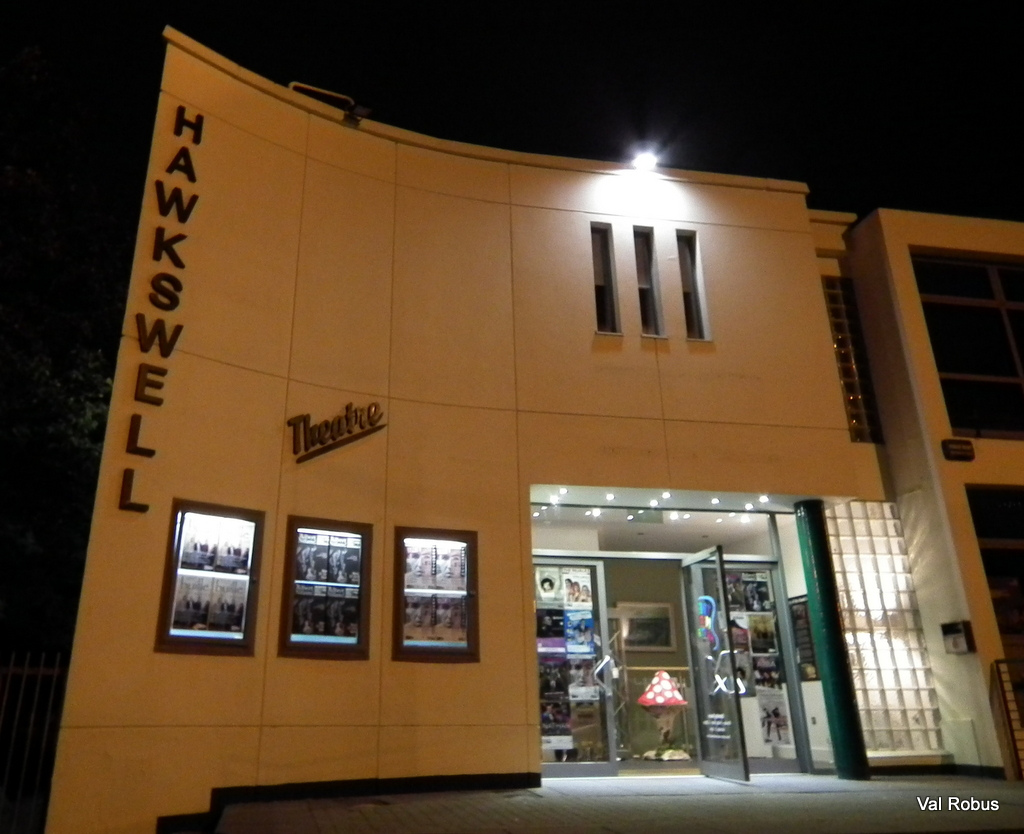 There’s something very special about the theatre. From an audience point of view there’s the buzz of the foyer when you enter, the laughter and chatter of the crowd, anticipation of the show they are about to see. You take your seats, the lights go down, the audience goes silent and the curtain rises.

For those on stage they hear the audience take their seats, nerves and excitement bubble up, the curtain rises and off they go. Swept along by adrenaline and performing in from of a live audience.

I’m prompted to write this because I was in the Hawk’s Well Theatre during the week. They are doing amazing things during this very tough time. There have been online performances to keep us all entertained and they have been a calming presence in the days of uncertainty.

I was there to record a line for one of their projects: ‘Poem for the People’. The theatre put a call out for anyone who had ever been involved in a production there to get involved. I’ve spent many happy hours there; my photo exhibition was there 5 years ago, and I took part in Sligo Acts and Sligo Sings. Not to mention all the fabulous shows that I’ve seen there over the years.

It was a very different experience last week, an empty auditorium and just three people (including me) on the stage. The Hawk’s Well have something very special coming up though, the Safe and Sound Summer Sessions, these will take place in the foyer, there will be limited numbers, but it’s a great chance to experience live music once again. You can also become a friend of the theatre – and you can find out more about that here.

I’m looking forward to welcoming the Hawk’s Well Theatre back again. They have been very much missed.