The title is a nod to a band – bonus points if you can name one of their songs (which also happens to be one of my favourites). Anyway I’m off tangent already! Last week I had some time to kill and Claremorris was on my way to Ashford Castle so I went exploring.

Last year I met up with a lady from the McWilliam Park Hotel and she was telling me about the ‘Land of the Giants’ in Claremorris. I’m always interested in new places and if they sound a bit quirky even better.

After a bit of a blip with google maps to begin with – I was told my destination was in the middle of a bog road! I finally found the place. It’s actually very easy to find when you know where you are going. Just outside the town on the way to Ballinrobe and you’ll see a playground on your left with a car park beside it. Park there and you’ll see the signs for the Clare Lake Loop Walk.

It was an absolutely fabulous day, icy and cold, but the light was something else. Clare Lake is home to all kinds of birds and as I was there so early I had a lovely, peaceful walk around the lake. It was so relaxing listening to the birds, watching the sun rise and seeing the mist on the water.

After you’ve done the loop walk it’s well worth carrying on to the Greenway Forest Walk – that’s when the fun begins! The first sign you see is a huge yellow door and you feel like you might be in a Roald Dahl story. You see rumour has it that two giants live in the forest. They are called Clare and Morris – we know their names but no one has ever seen them.

As you carry on around the greenway looped walk you’ll see all kinds of things belonging to the giants, including boots, pencils, keys and more. Not only that I also saw a dinosaur and a little railway. It’s really well thought and a great idea to get the whole family active. There were a few bits that needed maintenance but as I went in January the damage is probably from the winter.

The walkway is suitable for wheelchairs and prams. It’s flat ground so a gentle walk and I love the idea that there is always something to look out for. 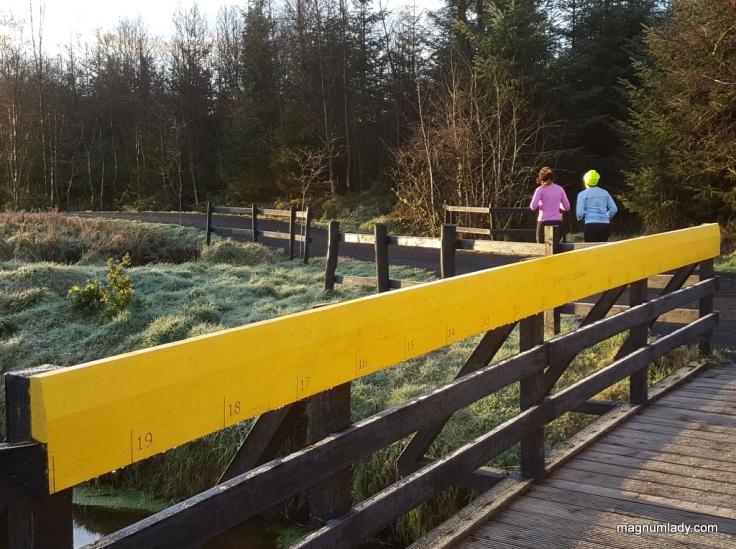 As the morning went on a lot of walkers and runners were making use of the greenway. Every single person said hello to me – I was struck by how friendly everyone was. 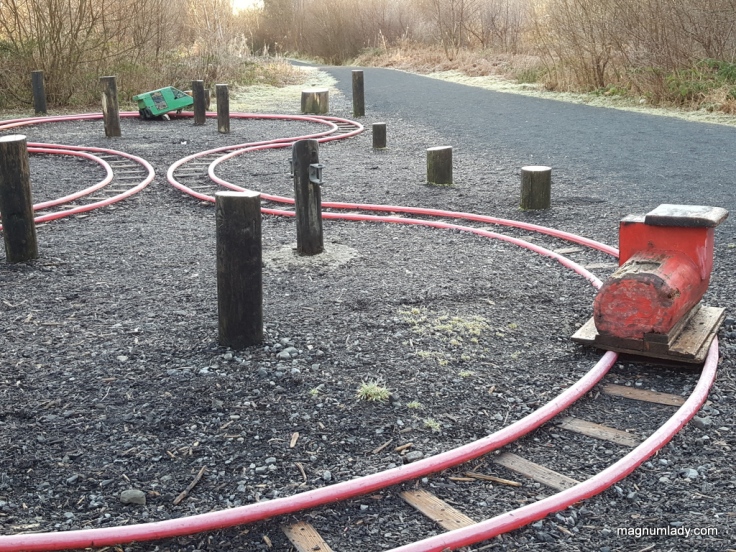 Well done to the people of Claremorris on both a fantastic amenity and on how welcoming you are. I would really recommend this as a day out….next time I’ll bring gloves though! 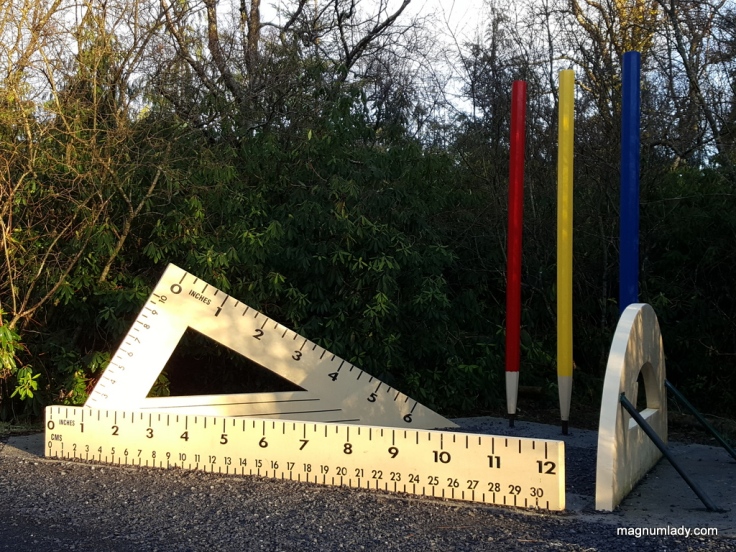